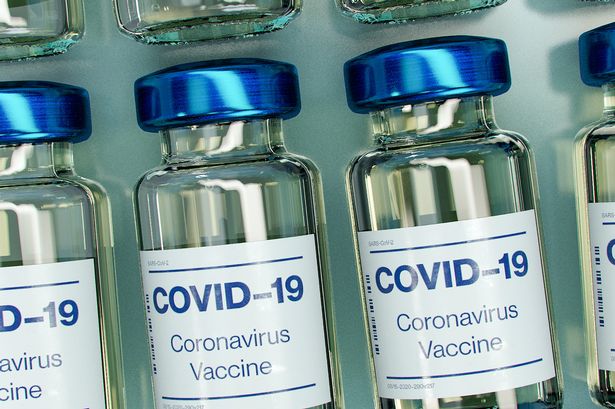 Researchers on the ZOE Covid Study say that they have seen evidence that the effectiveness of vaccinations fades in six months – even if you have had two jabs.

The study on vaccinated subjects using both Pfizer and AstraZeneca products includes data on over a million positive COVID PCR tests taken between May and July 2021.

Researchers reported that protection after two shots of the Pfizer vaccine decreased from 88% at one month to 74% at five to six months, while for AstraZeneca, the decrease was from 77% to 67% at four to five months.

It’s not unexpected that there should be some waning in protection – the body’s immune system reacts strongly to first and second vaccinations, but as with most other vaccinations, the effect will fade with time. Experts are already discussing the possibilities of ‘booster jabs’, though they point out that it’s more important to get unvaccinated people treated first.

The report concludes that despite the waning protection against infection, the vaccines are still doing a very good job at protecting people against severe illness and deaths due to COVID.

Figures from Public Health England show that around 84,600 deaths and 23 million infections have been prevented as a result of the COVID-19 vaccination programme in England so far.

Prof Tim Spector, lead investigator on the Zoe Covid Study, said: “Waning protection is to be expected and is not a reason to not get vaccinated.

“Vaccines still provide high levels of protection for the majority of the population, especially against the Delta variant, so we still need as many people as possible to get fully vaccinated.”

Prof Spector estimated that protection against COVID infection could drop to 50% by the winter, and predicted that boosters could be needed. Some other experts are urging caution about planning a booster programme when there are still many potential patients who have not yet been vaccinated.

An independent advisory body, the Joint Committee on Vaccination and Immunisation, is studying the evidence for and against booster jabs, and it is expected to report next month. Of the possibilities of offering booster jabs, Prof Spector said: “Many people may not need them. Many people may have had a natural booster because they’ve already had a natural COVID infection, so will effectively have had three vaccines.

“So I think the whole thing needs to be much more carefully managed than just giving it to everybody which would be a huge waste and ethically dubious given the resources we have. I think we need a more targeted approach than last time.”

Other experts suggest that it is difficult to estimate the effectiveness of boosters jabs against the possibility of further variants in the virus.

The Office for National Statistics and the Oxford Vaccine Group last week published a study based on PCR test results from nearly 400,000 people in the UK who had been infected with the Delta variant. It found that two doses of the Pfizer vaccine were initially more than 90% effective against symptomatic Covid infection, compared to around 70% for the AstraZeneca vaccine. But over the course of three months, the protection offered by the Pfizer vaccine fell significantly, while immunity offered by the AstraZeneca jab remained more stable.

Certainly researchers agree that all the vaccines in use maintain good protection against serious illness, hospitalisation and death, but that it’s important to monitor whether any waning of resistance leads to an increase in more severe cases. Last week, confirmed daily UK COVID cases stood at 36,572 amid a general upward trend.

Some organisations supporting vulnerable groups are particularly concerned – charity Blood Cancer UK said there was particular worry at rising cases among people with the condition. Vaccines can offer less protection to these patients, so trial results on whether a booster jab could help would be vital.

Helen Rowntree, the head of research at the charity, said: “If this research shows a third dose does improve immune responses in people with blood cancer, it is vital that the government then rolls out booster jabs to this group with urgency.”

The Guardian quotes a source at the JCVI as saying that while the focus remained on people who were clinically very vulnerable, a worry was the potential impact of pushing booster vaccinations on a public within which the take-up of other jabs, for example for children and teenagers, had “dropped off a cliff” since the start of the pandemic.

“The confidence in the Covid vaccines has been fantastic, but confidence is very fragile and we don’t want to harm it,” they said. “There is evidence that if someone has a reaction to a vaccine it can put them off having all vaccinations in the future. The most important message right now is to stress that anyone who has not had their first or second vaccination should do so.”

And a government spokesman said: “Any booster programme will be based on the final advice of the independent Joint Committee on Vaccination and Immunisation. Until we receive the independent JCVI advice no decisions can be made on wider requirements for those who receive booster jabs.”