Do you suffer from a persistent dry cough?

A persistent dry cough that will not clear could be the first sign to a more serious illness, claim experts 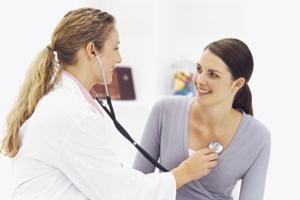 Health experts have found that persistent illnesses, such as a persistent dry cough that will not go away, could be indications of chronic obstructive pulmonary disease or even cancer.

As the weather gets colder and more people are hit by illnesses, health professionals are urging pharmacists to pick out people who appear to have persistent problems and advise them to see their GP.

If specialists catch these illnesses in their early stages then it would improve people’s chance of getting better.

People have been advised that if their cough lasts more than a couple of weeks and they have symptoms of breathlessness or fatigue then they should seek medical advice.

Graham Phillips, a member of the Royal Pharmaceutical Society of Great Britain, said, ‘If you can’t seem to shake off symptoms that seem similar to colds and flu, such as a persistent dry cough or chest infection, or if you keep losing your voice, feel breathless or tired and lacking in energy, then ask your pharmacist for advice instead of buying an over-the-counter medicine or picking something up in the supermarket.’

Dental care takes a backseat for many Brits

Advertising junk food on TV should be regulated