Do You Have Toxic Giant Hogweed In Your Garden? 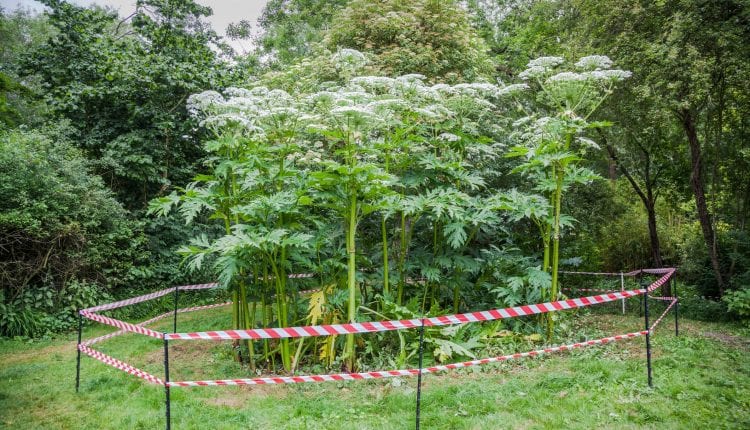 With the closure of the government funded PlantTracker app, a UK review site for sheds, outbuildings and gardening has launched a new map revealing the locations of the toxic plant Heracleum mantegazzianum, more commonly known as Giant Hogweed.

The map is crowdsourced and subsequently the platform is looking for members of the public to submit potential sightings of the plant, with infestations already established in West London, Edinburgh and Manchester.

One of the UK’s leading gardening and outbuilding review sites has launched a new crowdsourced map to identify and track the spread of Giant Hogweed, a toxic plant that can cause burning and scarring when touched.

The map, created and maintained WhatShed.co.uk, is tracking the spread of Giant Hogweed throughout the United Kingdom following the closure of the PlantTracker app. The PlantTracker app was created as a joint effort by the Environment Agency, Natural Resources Wales, Scottish Natural Heritage, and the Scottish Environment Protection Agency but is no longer functioning due to a lack of funding.

To view the current map, the status of Giant Hogweed in the UK and to submit a sighting, follow this link.

Heracleum mantegazzianum, more commonly known as Giant Hogweed, is often referred to as ‘the most dangerous plant in Britain’ due to the burning and scarring it can cause. The sap of the plant contains furocoumarins, organic chemical compounds that are toxic to humans. The compounds seep into skin cells, preventing the skin from being able to fully protect itself from sunlight, leading to skin damage.

See also: How to Build a Home That Saves Energy, Money and the World

Short-term symptoms of coming into contact with Giant Hogweed include blistering, irritation and inflammation and long-term symptoms can include disfiguration, purple blotches and serious scarring. These symptoms can last for months or even years after the initial contact.

As it stands, the map currently shows Giant Hogweed infestations in West London, Edinburgh and Manchester with patches of the plant seemingly increasing in size in East Kent and Chester.

Giant Hogweed is often found along riverbanks as its seeds are transported through rivers. When the plant is fully grown it can reach up to 5m tall with an overall spread of 1 – 2m. To spot Giant Hogweed WhatShed.co.uk has shared information for identifying the dangerous plant:

“As gardeners and lovers of outdoor spaces, we believe that it is important to take responsibility when we are enjoying these spaces. Whether that’s by picking up litter or reporting Giant Hogweed sightings, we believe that this is the right thing to do and urge others to do similar.

See also: What Are The Pros and Cons of Short-term Letting?

“It’s such a shame that the previous tracking app could no longer find the funds to continue. It’s a good cause which is why we are hoping that the wider community can contribute. These plants are nasty and can cause injury to both humans and animals, so the sooner we track it down, the sooner we can warn others and help them to safely enjoy the great outdoors.”

In 2019, Property & Home celebrity guest editor Martin Roberts was admitted to hospital after getting sap from another toxic plant, euphorbia, in his eyes.

See also: Are There Murder Hornets in Your Garden?

The Homes Under The Hammer star explained he cut a plant called euphorbia in his garden, and wasn’t aware that the white sap it produced ’causes serious issues’. He noticed later in the day that his eyes, which he had rubbed, started to sting and get increasingly worse. Martin, 56, shared an Instagram video from hospital as a warning to his followers.

His eyes visibly streaming, he said: ‘This is a really important warning. It’s 3.30 in the morning and I’m in A&E. I was doing some gardening earlier on and there’s a plant called euphorbia. It’s in lots of people’s gardens and if you cut it, as I did, it produces a white sap and if you get that on your hands and, worse, if you get that on your eyes then it causes some serious issues and that’s exactly where I am right now.”

Describing euphorbia, he said: “Listen, look out for this plant. It doesn’t have flowers. It’s green and it’s got this yellowy-green leaves that look a bit like flowers.”

Euphorbia, commonly known as spurge, can be annuals, perennials, shrubs or succulents and produce a milky sap, say the Royal Horticultural Society. All parts are highly toxic to ingestion.

Started as a solution for a frustrated landscape gardener struggling to find the best buy; WhatShed.co.uk is the largest independent buyers guide for garden buildings, tools and resources in the UK. With sheds of all different shapes, sizes and materials, WhatShed.co.uk also has the largest selection of garden sheds in the UK.

See also: What Are The Pros and Cons of Self-Build Homes?

With the closure of the government funded PlantTracker app, a UK review site for sheds, outbuildings and gardening has launched a new map revealing the locations of the toxic plant Heracleum mantegazzianum, more commonly known as Giant Hogweed.

How to Prepare Your Garden for Winter

Choosing The Right Tools for Every Garden Job