Screen time for kids can certainly be productive, given all the possibilities out there—however, educational apps aren’t always what they appear to be. We look at the essentials for digital learning. 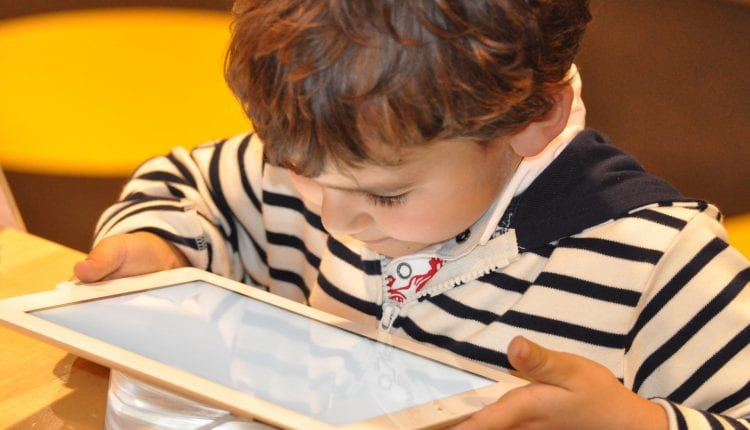 Tablets and smartphones might be ideal learning tools for children—particularly since they don’t require keyboard skills—but there’s real concern that excessive time spent using digital devices can cause harm.

Over half of UK adults surveyed think that technology and mobile devices can foster problem-solving, learning skills and creativity, yet parents are worried about the potential impact devices can have on sleep, energy levels, social skills and mental health.

The temptation may be to leave the kids to entertain themselves with a screen—but is this good for them?

The jury’s still out, but the Royal College of Paediatrics and Child Health recently concluded there’s not enough evidence of screen harm to recommend UK-wide time limits. However, they noted that over-use can cause sleep disruption, and devices should be switched off an hour before bed.

Perhaps the solution is to take control over the type of screen usage, rather than the amount. Rather than Facebook, games and videos, educational apps could be the healthy way to feed your child’s digital desires.

There are some 180,000 apps which claim to be educational on Apple’s AppStore alone, most aimed at children and even babies. But a recent study by educational psychologists Drs Kathy Hirsh-Pasek and Jennifer M. Zosh questions whether most of these apps actually have educational value.

Support the Development of Your Child With Symbols

What Time Is It? – Learning to Tell the Time

Educational psychologist Dr Hirsh-Pasek’s report for the journal Psychological Science says many apps marketed as ‘educational’ are basically the equivalent of sugary foods, at best harmless but empty, at worst distracting.The report suggest app features that parents and teachers should avoid, as well as those they should seek out to find high-quality educational apps.

“We want parents to know that claims about educational content are completely unregulated—any app developer can slap the ‘educational’ label on their product,” says Dr Hirsh-Pasek. “Using scientific research as a guide, we can help parents begin to evaluate the morass of stuff that exists in the app store.”

The report suggests that even when an app has content that looks like it should be educational, like letters or numbers, it doesn’t mean that it has true educational value. Many feature distracting enhancements. “While these ‘bells and whistles’ might be fun, research suggests that these kinds of distractions actually take away from, rather than enhance, learning,” the researchers explain.

There are four basic functions a good app should embrace, the report suggests.

Not all apps will necessarily incorporate all of these four pillars, but those that do are more likely to lead to significant learning outcomes.

In the end, if what an educational app promises seems too good to be true, it probably is, the researchers say.

“Many apps make dramatic promises—from teaching advanced concepts to infants or even changing your child’s brain,” notes Dr. Zosh. “Parents should use common sense and remember that an app—even an educational app—is just an app, not a miracle.”

This feature was originally published in the summer edition of Healthy Child with Dr Ranj Singh, which you can also read here!

See Also:
What Time Is It?

How To Give Kids A Lifetime Of Healthy Habits?

Why is Stroke on the Rise in Young People?