Difference Between Fruit and Vegetable

We may be a nation of garden lovers but it seems many Brits struggle to know the difference between fruit and vegetable. 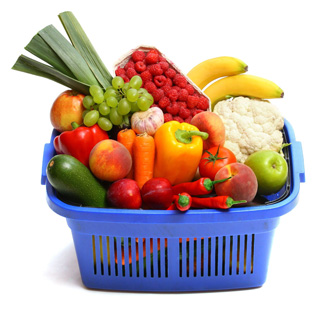 The poll, by GardeningExpress.co.uk asked 480 people whether a list of ten edible plants were a fruit or vegetable – if it has a seed or seeds, then it’s a fruit.

The two which collected the highest number of correct answers were tomatoes with over half (52%) of respondents saying they were a fruit and cucumber with 34% getting this one right.

Respondents were unsure why they were fruits with many saying it was because they were a summery food.

Courgette came next in the list of correct answers with 14% rightly identifying it as a fruit, followed by avocado with 12% getting of respondents getting a big tick.

When it came to the other six items on the list, less than one in ten respondents were able to say whether they were a fruit or a vegetable.

Only nine per cent correctly identified a pepper as a fruit, with a lowly seven per cent getting the correct answer for pumpkins.

Just four per cent of those questioned knew butternut squash was a fruit with only three per cent able to identify olives and aubergines as belonging to the fruit family.

Bottom of the poll was peapods with just one per cent of those polled picking this out as a fruit.

One respondent said: “Everyone knows tomatoes are fruit, but some of the others on the list were really tricky. I always assumed a pea was a veggie, but when you think about it, you grow pea plants from a dried pea which is the seed, so they have to be a fruit. I get why so many people are confused though.”

Another added: “I have never heard of a pea or a courgette being a fruit. Seems mad – we eat them as vegetables so they should be called vegetables.”

A third said: “I have to admit I got every single one wrong. For me fruit is an apple, banana or some strawberries – not a pumpkin or a pea. I eat fruit as a snack or for pudding, not as part of my main course!”

A spokesperson for GardeningExpress.co.uk, said: “We can understand why so many people find this difficult. Something like a pea for example, whilst technically a fruit, is eaten as a vegetable. The same can be said for courgette’s and squashes.

“The simplest way to identify which is a fruit and which is a vegetable is that fruit has seeds. So in a cucumber the seeds run through the middle of the plant. In an avocado or olive, the seed is the stone at the centre.

“Remember that and you really can’t go wrong.”