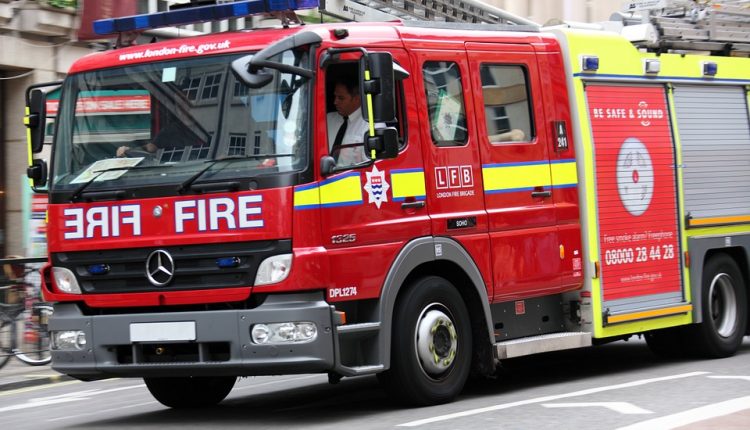 The London Fire Brigade has warned that property developers may be ‘gaming the system’ to avoid having to carry out fire safety measures put in place after the Grenfell Tower fire in June 2017, which led to the deaths of 72 people.

Deputy Commissioner Paul Jennings said that there are “hundreds if not thousands” of new buildings which may be “deliberately” designed to avoid rules by coming in under the 18m (59ft) limit over which they would be considered high-rise buildings.

Speaking to the BBC, Mr Jennings said: “We have got examples where we think people are deliberately designing and building their buildings below that 18 metre, six floor threshold, because they know if they reach that threshold they would have to put advanced and more intricate fire safety measures in.”

“We are seeing around 60% of the building consultations that come into the fire engineering team, and others are ones where we are going backwards,” he said.

Two weeks ago, LFB said all but three of the recommendations made by the Grenfell Tower Inquiry will be in place by 2022. But Michael Gove, Secretary of State for Housing, told the Housing, Communities and Local Government Committee: “We collectively – the department, some in local government, others in the private sector – failed people at Grenfell and there are people who were and still are in buildings where there is a significant risk.”

The Fire Brigade Union ha said that the “massive” building safety crisis in the UK could be resolved if the government provided “the regulations and funding necessary to solve this crisis”, including “watertight legislation that prevents dodges and loopholes like this being possible”.

Assistant general secretary of the Fire Brigades Union, Andy Dark, said:“There is a massive building safety crisis across the UK, and residents are rightly concerned about safety in their homes. We have been increasingly concerned with the growing evidence suggesting that the Westminster government, landlords and the construction industry are trying to avoid taking responsibility. It comes as no surprise that players within the building sector are ‘gaming the system’ to avoid compliance with the extremely limited improvements in the building regulations.

“Ministers should listen to fire professionals and provide the regulations and funding necessary to solve this crisis. The Prime Minister should be taking personal charge of introducing immediate action and introduce watertight legislation that prevents dodges and loopholes like this being possible. Hand-wringing and mealy-mouthed words from the government are worthless. It’s actions that matter.”

But response to the Fire Brigade statement on Twitter was mixed, with one post saying: “So the problem is builders are complying with the regulations for sub 18 meter blocks rather than choosing to build higher and have to comply with more regulations? How is this the builders fault and not the policy makers? Are the sub 18 meter regulations not sufficient?”

And one building engineer commented: “This is such a farcical story. What it means is that buildings are being deliberately designed to comply with the regulations as they stand today. It’s like saying you’re ‘gaming the system’ avoiding getting a speeding ticket by staying below the speed limit.”

Another commented: “The fact that the assistant commissioner is as thick as two short planks doesn’t help. It’s time the fire brigade was modernised. Developers are deliberately building below 18m. Errrrrrr u don’t say. It’s a good thing they are – it means the buildings are less risk.”

“Standards today are considerably more exacting than previous iterations. Building regulations differ dependent on the type of building, but all have residents safety at their core.”

But some leaseholders have reportedly been hit with bills for more than £100,000 to replace unsafe cladding or pay for so-called “waking watches” where someone is employed to patrol a building checking for fires, though when asked about who should pay for the work required to make the affected buildings safe, Michael Gove confirmed that he would “pause” plans that would see leaseholders take out loans to pay for remediation work.