Denise Welch, like so many of us, has struggled to stay trim in the past. In this Celebrity Angels exclusive, the British actress shares her weight loss secrets. 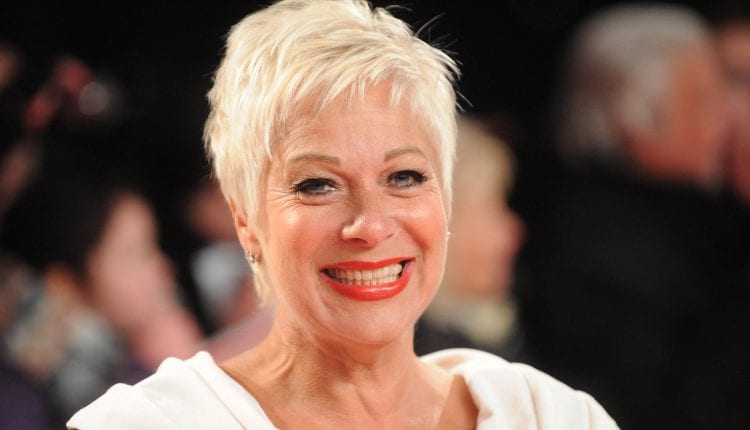 Denise Welch has been a mainstay of UK television for years with appearances in Coronation Street, Waterloo Road, and as a Loose Women panellist. The Tynemouth-born actress and presenter won Celebrity Big Brother in 2012 and is the proud mum of two sons, Louis and Matty.

A woman of many talents, Denise is a published novelist and regularly stars in theatre and film productions in her capacity as an actress. But, like so many of us, she has struggled with her weight in the past and found it hard to keep off the pounds.

Celebrity Angels caught up with Denise to discuss how CBT facilitated her weight loss journey and changed her relationship with food forever.

Q: What can you tell us about your weight loss journey?

DW: My thing is, we know how a diet works. We know that if you don’t eat very much, you will lose weight. But what we’re not educating people on is why people are overweight, and why people are obese, and getting to the emotional side of the fact that if somebody is 24 stone, they are probably emotionally eating. And, the difficult part is not losing the weight; it’s maintaining the weight loss and changing your relationship with food.

So, I can only talk about my own experience. Six years ago, Lincoln and I took alcohol and other bad things out of our lives. And I then started to eat more. And from a sugar point of view—I never had a sweet tooth—but all the sugar that had been surging through my veins with wine was suddenly gone. So I acquired a sweet tooth. And gradually—well, not gradually, quite quickly—I realised I’d put on two stone.

And two stone may not seem a lot. But, to me, it was—aesthetically. But also, it was uncomfortable—my osteoporosis was worse in my knees, my breathing was impaired.

Q: So how did you lose the weight?

DW: At the time I was doing Loose Women and many diet companies were thrusting their diets at me. And the reason I did LighterLife was because it was the only weight loss company that was using cognitive behavioural therapy in an attempt to change the way you think about food and change your relationship with food. I decided to go with them and so I had to go to groups—and that’s what helped me; it completely and utterly changed my relationship with food.

Q: What helps you stay motivated?

DW: Although I lost the two and a half stone nearly five years ago come May, it’s the fact that I’ve maintained my weight loss since then, because of the CBT. It’s not rocket science; it’s just adjusting the way you think.

I’m not saying I don’t go up a few pounds; and I still have fish and chips, but I don’t eat for comfort anymore I’ve changed that mindset. And I don’t do, what I think we tend to do more as women, we tend to do the all or nothing thing. So we say: ‘It’s either all or nothing; I’m either starving myself or I’m binging’. And I used to do that.

It’s a terrible thing to do to your body, and it’s just a very grim way to live. That’s why I am still a proud ambassador for Lighter Life.

Q: How has CBT changed your relationship with food, smoking and drinking?

DW: Having taken alcohol out of my life, I also wanted to take cigarettes out. And so I used the same CBT technique to stop smoking. It was like an added bonus.

For example, a very simple CBT technique—for food—would be: you come home from an awful day at work and you say, ‘you know what? I’m going to order a big, fat pizza and stuff my face, because I deserve it, because I’ve had a rubbish day,’ (which we’ve all done).

So, have something to eat. And I’m not saying have a quinoa salad (or whatever you call it) but just try and think how much worse you are going to feel. It’s not saying never have a pizza, it’s saying make an informed decision when to have it, rather than eating without reason.

Q: And it was a similar approach with smoking?

DW: So, with cigarettes, I didn’t tell anyone I was stopping—not even Lincoln, because I didn’t want any pressure on. So a little bit like that: I would just think, ‘I really want a cigarette,’ and then I’d think, ‘OK, when I have this cigarette now, am I going to feel proud of myself? Am I going to feel less stressed? (No, that’s a complete myth.) Am I going to feel disappointed with myself? Yes, hugely.’

I used those techniques to say, ‘when I take that first puff it will probably be disgusting, and why am I going to do that?’ I just used those little techniques which I didn’t have before I’d done the diet. And I’ve never smoked since. I haven’t fallen off the wagon once.

Q: In terms of maintaining a healthy diet, is there a problem with adverts, the media and large supermarkets in encouraging us to eat and drink badly?

DW: I don’t get on the political bandwagon about what should be done. But, yes, from a mum’s point of view I know, from when I had small children, of that temptation when they are kicking off, and you’re at the checkout and there are sweets around. If they weren’t there, they wouldn’t be seeing them.

I also think that with alcohol, though. I try not to be the drink police just because I’ve stopped. I’m an alcoholic. I think if people can drink and have fun sensibly, then great. I wish I could have done that. I couldn’t. And there you go.

But I do think there’s this massive thing about drugs in this country. And the main drug that’s killing people is alcohol. The main thing causing violence in the streets is alcohol.

It’s just shocking this drug is so freely available and pushed down people’s throats all the time. I do think that should be very much addressed in this country. I’m not saying I’m in the temperance society; I’m not saying everyone should be sober. I love seeing my friends have a good time. But I’m also aware of people I know, close to me, who I would consider have a problem.

Denise will be baring all in Gary Barlow’s The Girls, a musical inspired by Calandar Girls, which will tour all over the UK from July 2018 to April 2019. Find more information here.

Her second novel—The Mother’s Bond—set in her hometown Newcastle, is out in July 2018.