In a recent interview with Jimmy Fallon on The Tonight Show, actress Demi Moore has revealed that she lost her two front teeth to stress. Demi Moore’s shocking battle with stress has emphasised a topic of mental health that is not always discussed so openly within the media—we commend you Demi. 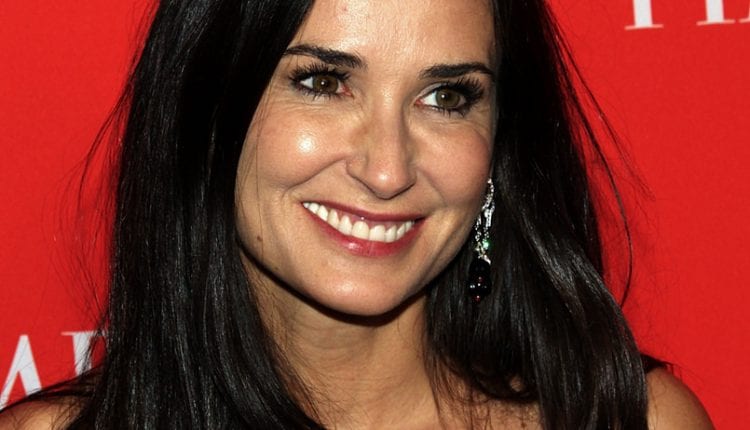 The evening began with Jimmy Fallon and Demi Moore discussing the release of her new film, Rough Night—also starring Scarlett Johansson and Ryan Cooper. He opened the conversation by complementing her appearance that evening, whilst subtly hinting that there may be a story to be told about her teeth. ‘I sheared off my front teeth’, she revealed. The 54-year old actress didn’t seem to show any embarrassment on the subject but instead seemed keen to share her story. The interview saw her speak extremely frankly on the subject whilst joking with Fallon. ‘I’d love to say it was skateboarding or something really cool,’ she added.

Moore went on to explain why she felt it was so important to share her experience with others—‘I think it’s really something that’s important to share because it’s literally, probably after heart disease, one of the biggest killers in America—it’s stress’, she explained. Demi Moore’s shocking battle with stress was highlighted after she revealed some pictures to the audience. The image showed Demi Moore missing a single tooth, which she later explained was followed by the other one being lost as well. This provoked Fallon’s dumfounded reaction, describing the images as ‘the most insane thing I’ve ever seen’. Fallon went on to reveal more images of Moore, jokingly taking distorted selfies at the dentist.

Although the interview was structured around Jimmy Fallon’s comic style, within it laid an important message of tackling symptoms of stress and anxiety. Moore goes on to divulge that grinding or clenching teeth subconsciously can cause teeth to weaken, which was true in her case. A vital point to take away from Demi Moore’s shocking battle with stress is that suffering in silence never helps. Identifying the problem and finding alternative coping mechanisms is the key. Whilst commenting on her photos Moore added, ‘My children love seeing me without my teeth because they think it makes me look more vulnerable and human.’

We say bravo to Demi, whose attitude during her battle with stress has been admirable! While the interview can’t have been easy, we feel her resilience is a testament to her character and paints her as a positive role model.

If you have enjoyed reading this article on Demi Moore’s shocking battle with stress, click here to read more on Celebrity Angels about Prince William and Harry’s campaign for mental health.

In Her Awesome 80s, How Jane Fonda Earned Her Lifetime…

Coping With Allergies: Treatment and Prevention

What Are the 10 Best (and Worst) Director’s Cut Movies Of All Time?