The Olympics are over, but the competitive landscape remains charged as Indian restaurants in 18 cities battle for the 2012 Curry Capital of Britain title 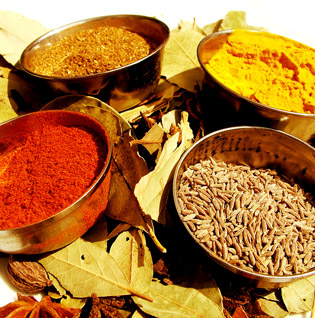 However, this year, restaurants in Bradford are keeping what they have planned under wraps. ‘We are planning a great bid to submit this year and want to retain our title. However, our secrets for success can’t be revealed as yet,’ says Lord Mayor of Bradford, Councillor Dale Smith.

‘We are the first ever city to apply for a European trademark for an ethnic based food (balti). It’s a major, record breaking step forward in recognising the uniqueness of what Birmingham has to offer,’ says Andy Munroe of the Birmingham Balti Association.

The top Indian restaurants are obviously ready for the Curry City competition, but underdogs Wolverhampton aren’t giving up yet. ‘We would love to do something extreme,’ says Kim Gilmour of WV One, the non-profit organization coordinating Wolverhampton’s Curry Capital bid. ‘We put a lot of passion into our bid each year and really try hard to work with the restaurants as well as demonstrating our community involvement.’

However, ‘this isn’t a title that can be taken with a pinch of salt,’ comments hungryhouse Marketing Communications Manager Carly Guglielmelli. ‘You’ve got to prove your love for curry runs deeper than a bi-weekly takeaway – a good curry simply won’t cut it.’

The Indian restaurants are asked to host fundraising events during National Curry Week (8th – 14th October 2012) with profits raised going to The Curry Tree Foundation. Past fundraising successes include a Beach Party hosted by Anjuna restaurant of Leicester in 2011 and a dress-down day hosted this year by Glasgow City Council – where council members pay for the privilege to dress silly at work. Now in their 10th year running, hungryhouse hope that their sponsorship of the Curry Capital of Britain awards bring even more attention to Britain’s curry industry.

‘We do our best to keep Britain’s curry industry in the public mind, helping family run restaurants to compete with big brands like Domino’s Pizza and Nando’s,’ comments Shane Lake co-founder of hungryhouse.co.uk.

If you have a favourite curry city make sure that you vote before 21st September: http://www.2012currycapital.co.uk