Christmas is Safe From COVID Restrictions – Not Sure About New Year 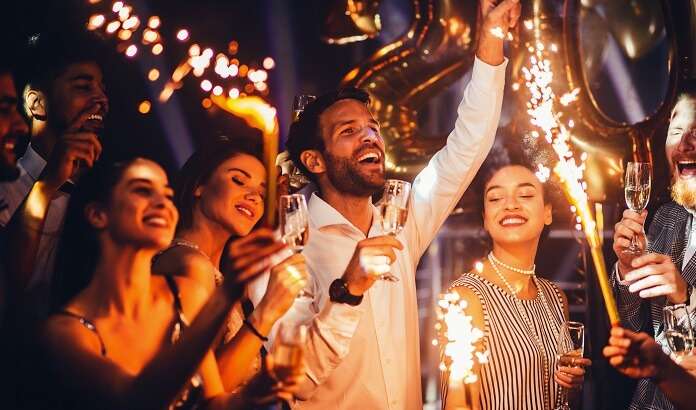 The UK government has announced that there will be no further lockdown measures taken against the COVID pandemic in the run-up to Christmas. Despite the apparent spread of the Omicron variant of the virus, it’s said that there is ‘not enough data’ to justify any further measures.

The news will come as a relief to hospitality venues which had complained about a lack of clarity in the government’s directions at this most crucial tie in the year. It’s clear that the government’s decision must have been influenced by a desire not to inflict further harm on the economy, or to have to find money to further aid ailing businesses with grants or furlough payments.

In fact, in order to aid the shortage of staff in areas such as hospitality and transport, the government has announced that people infected with Covid in England can stop self-isolating up to three days early if they test negative twice. They will now be able to end quarantine after seven days instead of 10, by providing negative lateral flow results on day six and day seven.

Health Secretary Sajid Javid said that this measure would minimise disruption caused by the rapid spread of the Omicron variant, and that the change was based on the latest guidance from health experts. The decision came before the publication of three real-world reports on the seriousness of Omicron infections which confirmed that it is generally less serious than other variants. The degree alters according to age and immunisation status of the population, so varies between 10-80 percent.

However, Omicron remains more infectious than other variants; so, as one expert put it, say it was half as serious as other variants but twice as infectious, the result would be same number of hospitalisations. The government’s new decision is essentially a gamble that the degree of seriousness of Omicron infections and its degree of infectiousness are both on the low side of the estimated range. Whether this is an overly optimistic outlook, it’s too early to say.

The new ruling applies to anyone currently in isolation, so people who tested positive or first showed symptoms on Friday last week could end their isolation in time for Christmas Day if they meet the conditions. But officials said that people should not end their isolation early if they are still experiencing symptoms.

The advice remains for anyone ending isolation on day seven to limit contact with vulnerable people, to not visit crowded or poorly ventilated spaces, and to work from home if possible.

If people have not had two vaccinations and come in close contact with a positive case they must still isolate for a full 10 days.

However, Prime Minister Boris Johnson said that he could not rule out further restrictions being imposed in England in the New Year. In Scotland, First Minister Nicola Sturgeon said on Tuesday that public New Year’s Eve celebrations would be cancelled as she set out plans for post-Christmas restrictions on large scale events to try to slow the spread of the Omicron variant. “We know from experience that if we wait until the data tells us conclusively that we have a problem for example, with hospital admissions, it will already be too late to act to avoid that problem,” Nicola Sturgeon told the Scottish Parliament.

Another 90,629 new Covid cases were reported across the UK on Tuesday, slightly lower than the all-time highs announced the previous week. A further 897,979 people received a first vaccination or a third dose.

The UK Health Security Agency (UKHSA) said that the rapid spread of the Omicron variant posed a threat to critical public services this winter, and that the new self-isolation rules reflected updated medical advice, which would be published “in due course”. Its chief executive, Dr Jenny Harries, said the new rules would “help break chains of transmission” while minimising “the impact on lives and livelihoods”.

The Welsh government is considering adopting the same change of rules , while in Northern Ireland the government said it would not do so “at this time” but would keep it under review. Scotland has yet to make a decision.

A lateral flow test will give a result in under 30 minutes, but although people will be encouraged to report their results through the NHS app, this will not be required to leave isolation.

Meanwhile Israel may be the first country to embark on a programme of giving fourth vaccinations in preparation for a wave of infections of the Omicron variant. Initially aimed at the over-60s and health workers, the plan for fourth vaccinations comes as Israel confirms the first known death of a patient with the Omicron strain on Tuesday. The health ministry said there were at least 340 known cases of the variant in Israel.

The plan is to administer fourth vaccinations four months after the third ‘booster’ dose. Israel’s vaccination programme was initially rolled out swiftly, but stalled at the stage of second vaccinations because about a third of the population is aged under 14. Only about 63% of its population of 9.3 million has had two doses, though from November children aged from five years old could also get vaccinated.

Israel also has a travel ban in place, covering countries including the US, Germany, Italy and Canada. The country has had more than 1.36 million Covid infections since the start of the pandemic, with some 8,200 deaths.

The Modern Approach to Shifting Your Things

Is It Already Time for Coronavirus Plan B?

Are We Heading For Coronavirus Winter Plan B?