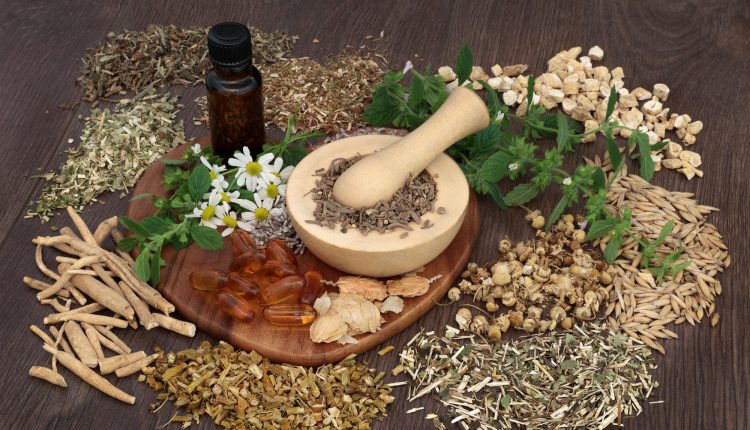 Researchers at the London School of Hygiene & Tropical Medicine (LSHTM) plan to research the uses of a herb used in traditional Indian medicine, ashwagandha, as an aid to recovery from ‘long COVID’ – the sustained after-effects of coronavirus infection.

LSHTM will be working with the All India Institute of Ayurveda (AIIA) on the double-blind trial, in which 2,000 people living in the UK with symptoms of ‘long COVID’ will take part over a year.

A thousand trial participants will take 500mg ashwagandha tablets twice a day for three months, while another thousand will be given a placebo. In a double-blind trial, neither the researchers nor the patients know whether they are getting the drug or a placebo, and results are anonymised.

See also: COVID Vaccinations To Be Offered to 16- and 17-Year-Olds

The participants will be selected randomly and will have a monthly follow-up self-reported questionnaire on quality of life, impairment to activities of daily living, mental and physical health symptoms, supplement use and adverse events.

There is currently little research into the treatment of ‘long COVID’, the causes of which are poorly understood. Symptoms of ‘long COVID’ can include cognitive dysfunction, poor mental health, extreme fatigue and muscle weakness. Researchers estimate that these symptoms can affect around 10 to 20 percent of coronavirus sufferers, lasting between one and three months, or longer in some cases.

See also: Finding A Country Through its Food

Ashwagandha is a herb commonly known as Indian winter cherry, and is traditionally used in the Indian Ayurvedic system of medicine to boost energy, reduce stress and strengthen the immune system.

Its efficacy in reducing anxiety, stress, improving muscle strength and reducing fatigue symptoms in patients with chronic conditions has been demonstrated in recent trials, experts say.

The study is funded by the Ministry of AYUSH (Ayurveda, Yoga, Naturopathy, Unani, Siddha, Sowa-Rigpa and Homoeopathy) of the Government of India, which doesn’t have a great reputation, Wikipedia describing it as being “well known for promoting pseudoscience and quackery in the form of unscientific alternative medicine.”

The proposal was developed with support from the UK’s All Party Parliamentary Group on Indian Traditional Sciences and the Traditional Complementary and Integrative Medicine Unit at the World Health Organisation (WHO).

Dr Sanjay Kinra, professor in clinical epidemiology at LSHTM and principal investigator on the study, said: “It’s really exciting to be working on this trial of traditional Indian medicine to see if it can help solve a global public health crisis and improve people’s recovery from Covid-19.

See also: The Smarter Way to Block Pain – a Q&A with BioWaveGO UK

“Ashwagandha has been shown to reduce symptoms of other conditions that are similar to those of long Covid, so we are hopeful that it will be an effective way to combat the condition.”

And Dr Geetha Krishnan, technical officer at the World Health Organisation (WHO) Geneva, who helped to establish the research project, said: “Research is the only way to ensure appropriate integration of traditional medicine knowledge into mainstream medical practice.

“This study would provide an example on how major institutions across continents can jointly work to address problems faced by humankind, and develop credible solutions based on traditional knowledge in the area of health.”

Ashwagandha is a small evergreen shrub that originates from parts of India, the Middle East and Africa. Its name relates to the way it smells – ashwagandha roots smell like a horse, with ‘ashwa’ meaning horse. The tube-like roots are harvested, dried and ground down into a powder.

The extract is freely sold in health outlets in the UK, where it is described as “renowned for being one of the most powerful herbs, which spans back thousands of years… as well as being an ancient herb, it’s also known for being an adaptogen – it contains a mix of amino acids, herbs and vitamins that can help the body manage stress.”

Ashwagandha is sometimes referred to as ‘Indian ginseng’ because of its supposed rejuvenating properties, even though botanically, ginseng and ashwagandha aren’t related. Various parts of the ashwagandha plant are used for medicinal purposes, but it’s ashwagandha extract – which is an extract of the plant’s roots – that’s found in most supplements. More traditional Ayurvedic treatments use the entire dried root of the ashwagandha plant, which is turned into powder and usually steeped in milk.

More modern supplements are ashwagandha extracts labelled as Withania Somnifera extract, and are marketed for the treatment of conditions such as stress, fatigue, difficulty concentrating, poor memory, insomnia, low libido, anxiety, joint pain and neurological conditions. The active ingredient is said to be withanolides, a group of at least 300 naturally occurring steroids, which have functions in cell structure and neurological signalling.

But other controversial herbal concoctions have been in the news again in India, with renewed claims that they are effective against coronavirus itself. A product labelled Coronil, launched at an event attended by some Indian government ministers, is a combination of herbs used in traditional Indian medicine and sold by Patanjali, a large consumer goods company.

Promoted by a yoga guru, Coronil was described as a ‘cure’ for coronavirus, without any supporting evidence or approval. The government stepped in to prevent its sale on this basis, though it is still allowed to be promoted as an ‘immunity booster’. The company points to the fact that it had a Good Manufacturing Practice (GMP) certificate, “in line with World Health Organization (WHO) certification schemes”, but this is to ensure production standards for export certification, and is nothing to do with medical effectiveness.

Shed of the Year Winner is a 1970s-Inspired Cocktail Bar