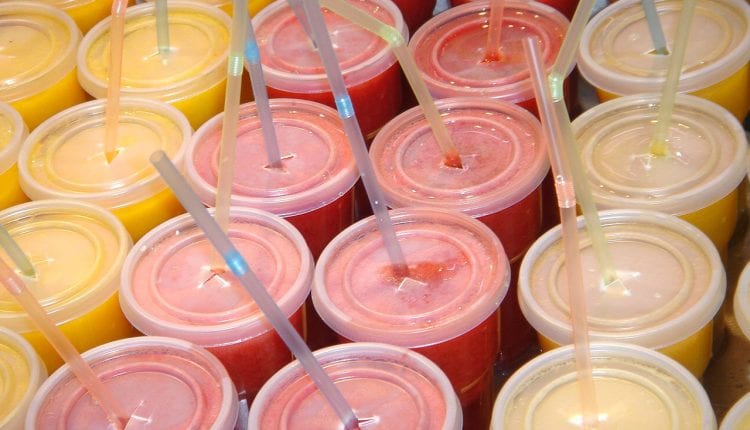 The NHS is proposing a soup-and-shakes diet in the hope that it will put Type 2 diabetes into remission in patients where obesity is a problem.

The diet plan will be available free for selected patients, and has already shown positive results in test cases.

Though diabetes can have serious health implications in itself, it and obesity are also factors in coronavirus outcomes – a high percentage of patients who suffer the worst symptoms of COVID-19, including terminal outcomes, are observed to be obese or suffering from Type 2 diabetes.

NHS research earlier this year revealed people with Type 2 diabetes are two times more at risk of dying from coronavirus.

A year-long pilot study has shown that switching to the low-calorie liquid diet can put diabetes into remission. Weight loss also has may other health benefits which researchers say contribute to overall fitness, a vital component in fighting off the coronavirus.

Results from one trial showed almost half of those who went on the diet achieved remission of their type 2 diabetes after one year. NHS England wants to expand the diet scheme to more people, selecting from people who have been diagnosed with Type 2 diabetes within the last six years. Up to 5,000 patients will be prescribed the diet by the NHS initially.

The diet starts with an 800-calorie-a-day programme of soups and shakes, and after a few months when some weight loss has been achieved solid foods are reintroduced. Diet support and an exercise programme are also put in place to help the patient maintain health.

The trial results, simultaneously published in the Lancet medical journal and presented at the International Diabetes Federation, showed:

The NHS currently spends around 10 percent of its budget on treating diabetes in England.

Type 2 diabetes is a fairly common condition in which the level of glucose sugars in the blood becomes too high, leading to eye, heart and nerve problems. Symptoms can include tiredness, excessive urination and thirst. Nine out of 10 people with diabetes in the UK have type 2, which is strongly linked to diet and lifestyle. About two-thirds of adults and one-third of children are currently overweight or obese, which is driving up rates of the condition.

While Type 2 diabetes is caused by problems with the regulatory hormone insulin in the body, Type 1 diabetes, which can have similar symptoms, is an autoimmune condition and is not linked to obesity.

Jonathan Valabhji, NHS national clinical director for diabetes and obesity, said: “This is the latest example of how the NHS, through our Long Term Plan, is rapidly adopting the latest evidence-based treatments to help people stay well, maintain a healthy weight and avoid major diseases.

“There has never been a more important time to lose weight and put their type 2 diabetes into remission, so it’s good news for thousands of people across the country that practical, supportive measures like this are increasingly available on the NHS.”

See also: What Can You Do About Cold Sores?

Bev, who was one of the first patients to benefit from the diet during trials, said: “My goal for the first eight weeks of the low-calorie diet was to lose 5% of my body weight – which I achieved in six weeks – and in total I’ve lost over 10kg, my type 2 diabetes is now in remission and I no longer have to take any medication – I am over the moon.

“Since the low-calorie diet programme, my mindset has totally changed for the better and I look at food differently now – my shopping habits are far healthier and, when I eat out, I’ll go for a healthier option. The programme has taught me moderation.”

Experts have previously cautioned that low-calorie diets should not be tried without any support to keep the weight off afterwards. Dieting helps lose the fat which has built up around the pancreas, allowing the organ to work properly again and produce enough of the hormone insulin.

Dr Shareen Forbes, reader in diabetes and endocrinology at the University of Edinburgh, said: “There are now a number of studies that demonstrate remission of type 2 diabetes with weight loss.

“Such interventions can have significant economic impacts given the levels of type 2 diabetes now in society.

“These are important clinical studies,” she said.

“Before we started this line of work, doctors and specialists regarded type 2 as irreversible.

“But if we grasp the nettle and get people out of their dangerous state, they can get remission of diabetes.”

Bridget Turner, Director of Policy Campaigns and Improvement at Diabetes UK, said: “This is an important first step to ensure that people with type 2 diabetes, can access a remission programme within the NHS and benefit from the ground-breaking findings of the Diabetes UK funded direct research.

“We know that some people with Type 2 diabetes want and need support from health care professionals to lose weight effectively and now as these programmes are piloted across the NHS – they will.

“People with Type 2 diabetes who have put their diabetes into remission frequently tell us how it has changed their lives. We are so pleased to see that others will now have the same opportunity and hope that it won’t be too long before more remission programmes are rolled out across the country.”

The first sites rolling out the low-calorie diet programme are:

But doctors are not referring to this treatment programme as a cure – if the weight goes back on, the diabetes will return.

People living with Type 2 diabetes who have been diagnosed with the condition in the last six years will be considered for the pilots.

Individuals must also meet other eligibility criteria to be referred to the service to ensure the programme is right for them.

The announcements comes ahead of NHS England’s Forward Plan, which is expected to emphasise prevention rather than cure of treatable conditions.

You can read more here about how the NHS is proposing a soup-and-shakes diet in the hope that it will put Type 2 diabetes into remission in patients where obesity is a problem.

What Causes My Cold Sores – and What Can I Do About It?