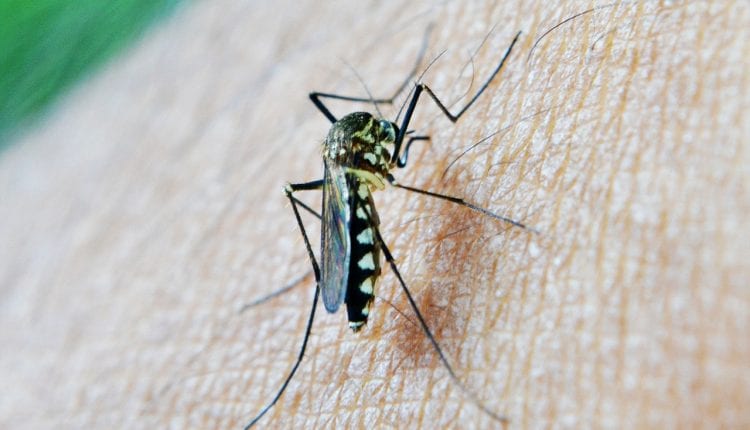 Scientists in Australia studying treatments for malaria think they they could have found a way to speed up the development of treatments to fight coronavirus.

Malaria drugs target the disease-causing pathogen itself, but the researchers at RMIT University think that enzymes in red blood cells could also help fight off the pathogen, and the same process could help to fight coronavirus.

The enzymes triggered by a malaria parasite can also be activated in cancer cells, indicating they could play a role in controlling disease.

Stimulating production of these enzymes instead of the invading pathogen itself could suggest a whole new way to fight coronavirus, the researchers say. It also suggests that existing drugs for conditions such as malaria might be adapted to fight coronavirus, shortening the process of development.

The studies suggest that the coronavirus infection rate can be partly dependent on the levels of enzymes in the blood. These enzymes, known as kinases, were examined by Dr Jack Adderley of RMIT University in Melbourne, who said: “This approach has the potential to considerably reduce the cost and accelerate the deployment of new and urgently needed antimalarials.

“We can now jump on the back of existing cancer drug discovery and look to repurpose a drug that is already available or close to completion of the drug development process.”

The research team will be working with the Peter Doherty Institute for Infection and Immunity to investigate potential COVID-19 treatments using the same approach.

Dr Julian Druce of the Doherty Institute was part of the team that first studied SARS-CoV-1, the virus which causes Covid-19, in detail.

He called the malaria finding and its applications to fight coronavirus “An important contribution to efforts to defeat the pandemic”, and Royal Melbourne Hospital’s Professor Peter Revill, Senior Medical Scientist at the Doherty Institute, said the malaria discovery was truly exciting. “This has proven successful for other human pathogens including malaria and Hepatitis C virus, and there are now very real prospects to use it to discover novel drug targets for Hepatitis B and COVID-19,” he said.

By targeting the host and not the pathogen itself, the hope is that new treatments to fight coronavirus can remove the possibility for the pathogen to rapidly become resistant by mutating, as the target of the drug is the human host, not the pathogen.

The research was published in the journal Nature Communications.

Meanwhile, a top Russian respiratory expert has resigned over claims that Russia has perfected a coronavirus vaccination, Sputnik-V, and is ready to put it into production.

Professor Alexander Chuchalin resigned from the health ministry’s ethics council after failing to block the registration of the vaccination on safety grounds. He accused two leading medics involved in the drug of flouting medical ethics by rushing the drug into production.

Dr Chuchalin said in an interview: “I am depressed by the position of some of our scientists who make irresponsible statements about ready-made vaccines… have (they) passed all the necessary paths approved by Russian Federation legislation and the international scientific community? No!

“This job has not been done. Thus, one of the ethical principles of medicine has been grossly violated – to do no harm.

“Safety always comes first. How to evaluate it? The vaccines that are being created today have never been used in humans, and we cannot predict how a person will tolerate it.”

Dr Chuchalin said it is vital to know “the effect of the vaccine in the longer term”, and added that “the fact is that there are a number of biological substances that do not manifest themselves immediately, but only after a year or two… the safety criteria for a vaccine must also be long-term and this becomes clear only with long-term observation – at least two years.”

After the announcement that the vaccine was ready to go into production, Russian President Vladimir Putin said that one of his daughters had been given the vaccine and had suffered no side effects worse than a high temperature. “She’s feeling well and has a high number of antibodies” he said.

Western experts are equally dubious about the Sputnik-V vaccine, named in reference to Russia’s early ‘Companion’ space satellites, as they haven’t been given any data about it, and don’t believe it has been subjected to the complex tests required to confirm the safety of a vaccination. Russian reports suggested that it had been tested on 76 volunteers, some of them military personnel.

And with remarkably bad timing, a Russian-language sci-fi movie with an Alien-inspired plot about astronauts being infected by an alien parasite has just been released, with the title Sputnik.