Could Diabetes Drug Be Key in Treating Coronavirus? 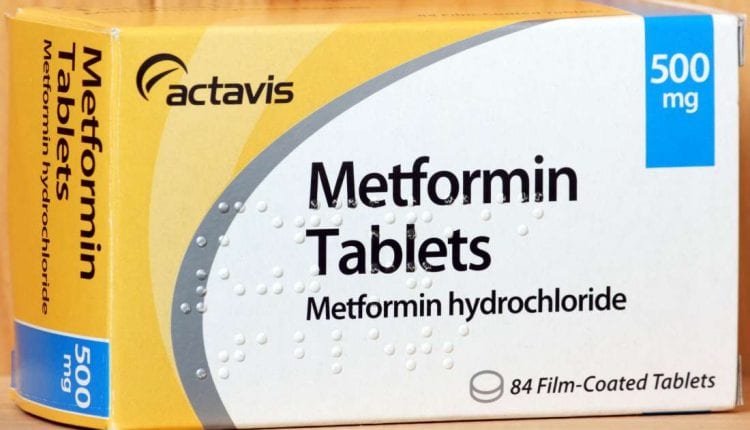 Researchers from the University of Minnesota believe that Metformin, a drug commonly given to people with Type 2 diabetes, could help reduce mortality rates among people admitted to hospital with COVID-19 – but the effect seems to apply mainly to women.

The drug is commonly prescribed to people with Type 2 diabetes who have been unable to control their condition with diet and exercise alone. It works by reducing the amount of sugar the liver releases into the blood and also helps the body to respond better to insulin. It’s very low-cost at around 3p per tablet.

The team from the University of Minnesota investigated whether the drug could aid people who become seriously ill with coronavirus, and found that Metformin reduced COVID-19 death risks by 21 to 24 percent among the females who had become infected with the virus and had already been taking the drug.

The researchers worked from a health database of 6,000 patients who were either obese or had Type 2 diabetes. Of that number, 2,000 had already been taking Metformin for their diabetes.

Critical care physician Dr Christopher Tignanelli, a lead author of the study, said: “If we can understand the difference between men and women that really drove this, that gives us a key treatment avenue that we can really go after.”

Going by the numbers of deaths in the study group, the researchers concluded that Metformin was significantly associated with reduced mortality in women with obesity or Type 2 diabetes in analyses of data from individuals hospitalised with COVID-19.

But what mechanism is at work, and why does it seem to be sex-specific? The researchers believe it’s something to do with TNF-alpha (Tumour Necrosis Factor alpha), an inflammatory protein produced by immune system cells called macrophages during acute inflammation. TNF-alpha is responsible for a wide range of signalling events within cells, leading to cell death or ‘recycling’.

See also: How to Get the Perfect Night’s Sleep

The report concluded: “This sex-specific finding is consistent with Metformin reducing TNF-alpha in females over males, and suggests that Metformin conveys protection in COVID-19 through TNF-alpha effects. Prospective studies are needed to understand mechanism and causality.”

Another suggestion by Indian researchers is that Metformin, which was originally developed as an anti-influenza drug, changes the structure of ACE2, an enzyme that the COVID-19 virus binds to in order to enter the healthy cell. This could lead to decreased binding and hence a lessening of the Acute Respiratory Distress Syndrome (ARDS) which is one of the most common and injurious effects of the coronavirus.

Other projects seem to be confirming the possible applications of Metformin in coronavirus treatment. Nir Barzilai, MD, Director, Institute for Aging Research, Albert Einstein College of Medicine, says: “Older adults and people with serious medical conditions, such as heart disease, diabetes, and lung disease, are at higher risk of getting very sick from COVID-19. Immune function declines as we age, but research has shown that these ageing processes can be targeted. Promising therapeutics called “geroprotectors,” hold the potential to boost immunity and lessen the severity of infectious diseases like COVID-19.

In a recent webinar, Dr Barzilai provides an epidemiological update on COVID-19 in older adults and explains special health care considerations for older people, connecting how the biological processes of ageing influence inflammation and immune decline, and how the severity of age-related diseases can be diminished through strategies that target the biology of aging; and presents the latest information on promising geroprotectors, including Metformin.

This group was compared to a further 179 people who had not been taking the diabetes drug. The outcome showed only three people from the Metformin group dying, while 22 in the non-Metformin drug group died.

The Chinese researchers theorised that Metformin has a role in reducing the ‘cytokine storm’, an exaggerated immune response that leads to long-term lung damage and fibrosis, causing functional disability, reduced quality of life, and even death.

While they proposed further study of Metformin, the researchers admitted that this retrospective study doesn’t prove its value in treating coronavirus.

However, a study by the Ludwig Institute for Cancer Research warns against combining Metformin with other coronavirus treatments. Studies in mice combining Metformin with Hydroxychloroquine (HCQ) and Chloroquine (CQ), malaria and autoimmune disease drugs which are being tested as treatment for coronavirus, resulted in death in 30 to 40 percent of the test subjects. Researchers said” “Our goal in communicating this work is not to scaremonger. We hope that the lethality we observed in mice will not translate to humans but instead there will be more ‘pharmacovigilance’ or awareness regarding potential drug interactions between HCQ/CQ and Metformin.”

So while the research from the University of Minnesota and elsewhere may show that the Metformin, a drug commonly given to people with Type 2 diabetes, could help reduce mortality rates among people admitted to hospital with COVID-19, particularly women, there’s a good deal more research to be done before any conclusions can be reached.

The Right Tool for Every Garden Job

What Can You Do About Cold Sores?