Are We Heading For Coronavirus Winter Plan B? 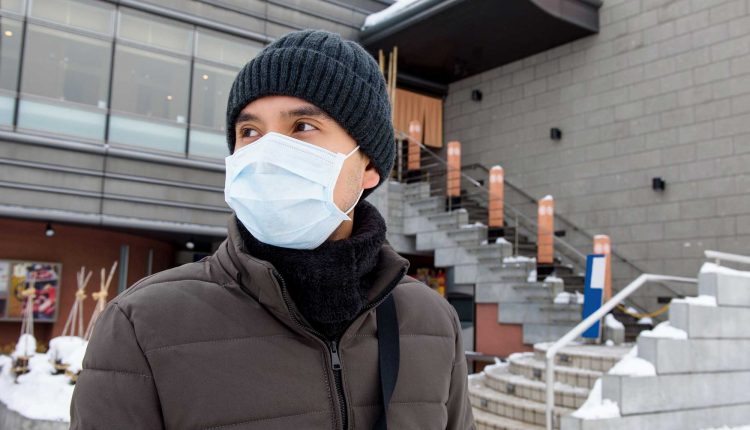 Health Secretary Sajid Javid has warned that pressure on the NHS may lead to a return of coronavirus restrictions in England as a predicted rise in infections in autumn takes hold.

Sajid Javid said on the BBC’s Today programme that there was not a “single trigger” for the government adopting its “Plan B” measures, but that increased pressure on the NHS was the number one issue to watch. An expected ‘flu epidemic plus existing record waiting lists in the NHS could put the organisation under increasing pressure which the successful vaccination programme could not avoid.

SAGE, the Scientific Advisory Group for Emergencies, has advised that hospital admissions for coronavirus, currently at around 700 per day, could just to 7,000 per day if restrictions are not tightened. Other countries including Scotland, where a vaccination passport is being introduced, are strengthening measures which the English government seems reluctant to re-impose.

SAGE advised that relatively light measures, in conjunction with the continuing vaccination programme, could be effective if brought in immediately, but so far the government seems to be relying on vaccination alone.

Prime Minister Boris Johnson, announcing a winter plan for tackling COVID-19, said that some measures would be kept in reserve as part of the government’s “Plan B” in case the NHS faced unsustainable pressure. these included the introduction of vaccine passports, the imposition of mandatory face masks and a return of advice for people to work from home.

Speaking at a Downing Street press conference on Tuesday, Mr Johnson said that he hoped the vaccination programme meant the UK could remain “one of the most free societies” in Europe, with only limited restrictions to keep the pandemic at bay. “Because so many of the population have some degree of immunity, smaller changes in the way we’re asking people to behave can have a bigger impact” he said.

The Prime Minister went on to appeal to the five million people who have not taken up the offer of a COVID-19 vaccination to get one in an effort to avoid tougher restrictions over the winter.

And Sajid Javid said on BBC Breakfast: “We don’t want to get to a position ever again where there’s unsustainable pressure on the NHS so it’s not able to see people in the usual way when it needs to, particularly emergency patients.

“So in my mind that is the number one issue that we need to always, always keep an eye on.”

The virus modellers advising SAGE, the Scientific Pandemic Influenza Group on Modelling (SPI-M), warned that the virus could spread more rapidly after the return of schools and with more people going back to work with the end of the furlough scheme. They said that high levels of home working had played a “very important role in preventing sustained epidemic growth in recent months”, and that “It is highly likely that a significant decrease in home-working in the next few months would result in a rapid increase in hospital admissions.”

SPI-M recommended encouraging people to work from home, as well as “light-touch measures” including more widespread testing, mask-wearing and isolation, in order to prevent more stringent measures being needed of hospitals became overwhelmed with admissions. But SPI-M admitted that its warning of a summer outbreak following a relaxation of restrictions had no happened. Conditions will of course be a lot different in the winter.

Prof Andrew Hayward, a member of SAGE, said that working from home would make “a significant difference to transmission if we get into trouble”.

“The most important and effective way of reducing spread of the virus is not to be in contact with other people,” he told BBC Radio 4’s Today programme.

SAGE now says that the closure of schools, warm weather and large numbers of people being required to self-isolate played a bigger than expected role in curbing infections, but that this has probably just pushed back the expected peak in cases from October to December.

On Tuesday 14th September, the UK reported a further 26,628 coronavirus cases and 185 deaths within 28 days of a positive test. The most recent data showed there were 8,413 COVID-19 patients in hospital. the figures are around ten times higher than for the same time last year.

See also: Why Vitamin D is a Vital Nutrient

Around 81 percent of people aged 16 and over in the UK are fully vaccinated, and Sajid Javid confirmed on Tuesday that all over-50s in the UK, as well as those in other vulnerable groups, will be offered a booster shot of the Pfizer or Moderna vaccine at least six months after their second dose in order to maximise effectiveness.

Meanwhile mystery surrounds the government’s cancellation of an order for 100 million doses of a vaccine from French company Valneva, manufactured in Lothian. The government says that Valneva was in breach of its supply agreement, which the company denies. There has also been a suggestion that the Valneva vaccine might not have gained approval from the regulator, the Medicines and Healthcare products Regulatory Agency (MHRA).

Top 10 Classic Movies That Were Turned into Musicals