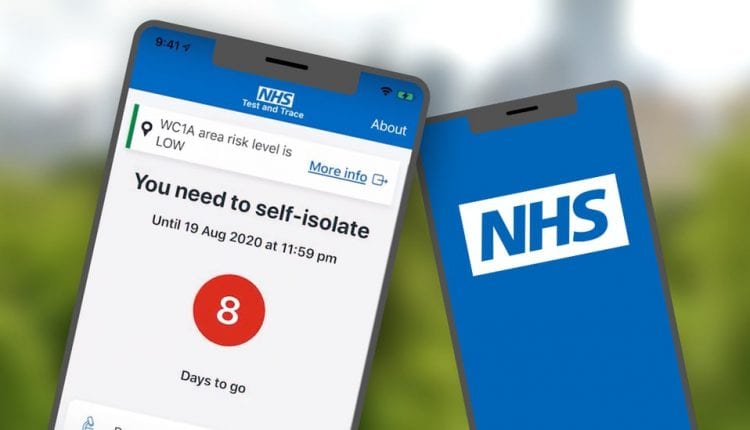 Under the new regulations, restaurants and pubs must close early, and mixing of households has been limited. Similar restrictions are likely to be introduced around Lancashire, with the exception of Blackpool.

The move is in response to a rise in infections which seems to be centered around pubs, homes and sporting events.

In Liverpool, Mayor Joe Anderson said that he fully expected additional restrictions to be put in place as infection rates in the city have risen above 100 per 100,000 head of population.

Latest reports on the weekly rate of new COVID-19 cases in the UK show hotspots in Bolton, West Dunbartonshire, Antrim & Newtownabbey and Caerphilly. Many areas in Scotland, Wales and the South have no new cases reported, and London is relatively little affected.

Since lockdown restrictions imposed in March were relaxed, and particularly since schools returned, coronavirus infection cases have been increasing, and 3,395 new cases were announced on Thursday 17th, the highest level since mid-May.

The government is reportedly also considering warnings from the chief scientific adviser and medical officer that there would be a significant number of deaths by the end of October if there were no further interventions.

See also: ‘Back to Home’ And Pub Curfews to Avoid Second Coronavirus Lockdown

Possible further measures being discussed, described by the government as a “circuit break”, include asking some hospitality businesses to close again, or limiting the opening hours of some pubs and restaurants nationwide.

No final decisions have yet been reached on the next course of action, but the Prime Minister Boris Johnson is said to be reluctant to call for a further complete lockdown as it could have a disastrous effect on the economy.

Labour shadow Health Secretary Jonathan Ashworth said it is “not surprising national restrictions are back on the table” as the UK’s testing system is “collapsing”.

See also: Why Mushrooms Are the Grow-Your-Own Treat for the Whole Family

The ‘Track-and-trace’ system is reported to be struggling, with people being unable to make appointments for testing, or being offered appointments hundreds of miles away from their homes.

Health Secretary Matt Hancock has blamed the bottlenecks in testing on people who have applied for tests without having any symptoms.

He said on Sky News: “The reason we have constraints at the moment is not because capacity has gone down – far from it, capacity has gone up – it’s that we’ve suddenly seen this rising demand from people who are not eligible.”

Urging people without symptoms not to come forward, he added: “I’ve heard stories of people saying, ‘I’m going on holiday, I’m going on a flight, I’m going to get a test to see if I’m okay.’ That is not acceptable.”

Questioned over whether the system was failing, he said: “I completely reject the accusation, in fact quite the contrary,” adding that the UK now had the highest testing capacity “we’ve ever had”.

A new NHS Covid-19 contact-tracing app is set to launch across England and Wales on 24th September after months of setbacks, including a U-turn on the original operating model.

The app uses Bluetooth technology to track time and distance between smartphone devices. It also offers a QR code check-in capability, allows users to book a free test and has an isolation countdown timer to remind people to quarantine.

The government is urging businesses including pubs, restaurants, hairdressers and cinemas to ensure they display the NHS QR code posters on entry so customers who have downloaded the app can use their smartphones to easily check-in.

This is designed to allow NHS Test and Trace to contact customers with public health advice should there be a Covid-19 outbreak.

Health secretary Matt Hancock said: “We need to use every tool at our disposal to control the spread of the virus including cutting-edge technology. The launch of the app across England and Wales is a defining moment and will aid our ability to contain the virus at a critical time.”

A new test system from company DNAnudge promises rapid results which can accurately diagnose a coronavirus infection within 90 minutes without needing a specialist laboratory. The ‘lab-on-a-chip’ is already being used in eight NHS hospitals to quickly identify patients who are carrying the COVID-19 virus.

However, the shoebox-sized system is not a solution to the capacity problems of the Track-and-trace system, as it cannot deliver results in bulk.

Across Europe, surging coronavirus figures have prompted the World Health Organization’s regional director to sound a ‘wake-up call’, saying: “We have a very serious situation unfolding before us.”

Hans Kluge said in the past two weeks the number of new cases had doubled in more than half of European member states, and the number of confirmed infections worldwide was approaching the 30 million mark.

Speaking in Copenhagen on Thursday 17th September, Hans Kluge said that 300,000 new coronavirus infections had been reported across Europe last week alone, and weekly cases had exceeded those reported during the first peak in March.

Mr Kluge told Thursday’s briefing that lockdown measures introduced in the spring and early summer had produced clear results. “In June cases hit an all-time low,” he said. “The September case numbers, however, should serve as a wake-up call for all of us.”

In Spain, 239 new coronavirus deaths were recorded in one day, the highest number since June. Many of the new infections were in the capital Madrid, where the authorities are planning new lockdown measures.

The Czech Republic has reported more than 2,000 new cases in a day for the first time, and cases have also reached a new daily peak in the Netherlands, with the government expected to announce new coronavirus measures shortly.

Worldwide, more than 942,000 people have died since the coronavirus emerged in China late last year.

Read more here about the new restrictions to halt a spike in coronavirus cases which came into effect in north-east England on September 18th, affecting almost two million people.