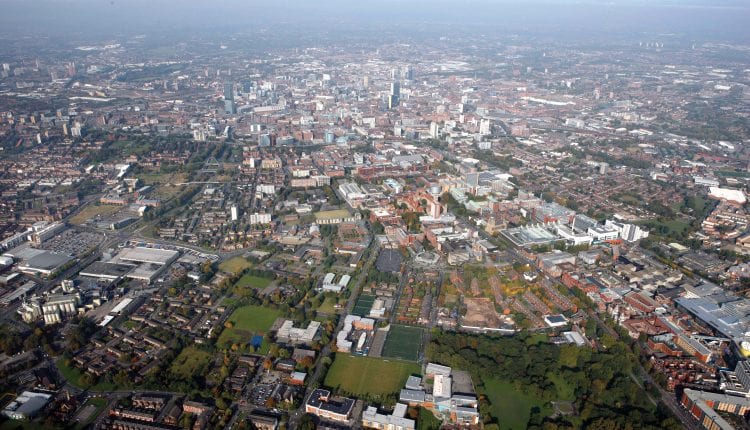 The government has announced new lockdown restrictions which will affect millions of people in Greater Manchester, East Lancashire and parts of West Yorkshire after a spike in coronavirus infections.

The new regulations, which will be passed into law, ban separate households from visiting each other at home, which scientists say has been the cause of an increased rate of infection in the area. The changes do not affect the rules surrounding pubs, restaurants and other areas where social distancing measures are in place.

Health Secretary Matt Hancock announced the changes on Twitter only hours before the restrictions came into force, and Labour criticised the timing of the announcement while agreeing with its stated aims.

Interviewed on BBC Breakfast, Matt Hancock said that the “targeted” action was based on information gathered from contact tracing, which he said showed that “most of the transmission is happening between households visiting each other, and people visiting relatives and friends”.

He accepted that the changes would come as a particularly hard blow to the Muslin community which is preparing to celebrate Eid this weekend. Places of worship remain open, subject to social distancing regulations.

Andy Burnham, mayor of Greater Manchester, agreed with the changes, saying there had been a “marked change in the picture” of COVID-19 infection in the area. “We have gone from a falling rate of cases in nearly all of our boroughs last week to a rising rate in nine out of 10 affecting communities across a much wider geography,” he said. “In Rochdale, the one borough where cases have fallen, they are still too high.”

The restrictions will also apply in the Leicester area, where a local lockdown has been in place for the last month, but where pubs and restaurants will be allowed to reopen from Monday.

The new lockdown rules came into force at midnight on July 30th.

Details of the new restrictions are:

Some MPs complained that it wasn’t fair to treat all areas of Greater Macnhester the same, as they had widely differing rates of infection, but Matt Hancock said that the changes would be examined each week, and that they had become necessary because the areas affected had failed to stick to social distancing rules.

See also: How Coronavirus Lockdown Is Putting Strain on Parents

Meanwhile, the opening up of visits to care homes nationally has been delayed in some cases as coronavirus testing kits supplied by the company Randox have been withdrawn.

Self-isolation rules are being applied to holidaymakers returning from Spain, the Canary Islands and the Balearic Islands. After 26th July, travellers will have to self-isolate for two weeks on their return to England, Wales, Scotland or Northern Ireland. The UK government is now advising against all but essential travel to the whole of Spain.

And passengers arriving in the UK from Luxembourg from Friday will have to isolate for 14 days after the country was taken off the quarantine-free list. The government said there had been a “consistent increase” in COVID-19 cases in the country since the end of June. More than 120,000 Britons visit Luxembourg each year but the Foreign Office now advises against all but essential travel there.

Internationally, Australian premier Daniel Andrews warned that the state of Victoria may need to tighten coronavirus restrictions further as infections continue to rise despite weeks of lockdown. Eight deaths and 627 cases were reported last Friday, a drop from the record daily rise of 723 infections a day earlier. Most of the new cases were in Australia’s second-largest city, Melbourne, where a six-week lockdown began on 7 July.

A government statement also confirmed that face coverings will be made compulsory in museums, cinemas, art galleries and places of worship from August 8th, as England’s chief medical officer warned that the nation has “reached the limit” of what it can do to ease lockdown.

Some of the planned reopening of some venues, including bowling alleys, skating rinks and casinos, will now not go ahead for two more weeks. Wedding receptions with up to 30 people have now also been postponed, though weddings themselves can still go ahead.

The PM said: “I know that the steps we are taking will be a real blow to many people, to everyone whose wedding plans have been disrupted or who cannot now celebrate Eid in the way that they would wish.

“And I’m really, really sorry about that, but we cannot simply take the risk.”

In Wales, though, up to 30 people can meet outdoors, children under 11 will not have to social distance, and swimming pools, gyms, leisure centres and indoor play areas, including soft play, can reopen from Monday 10th August.

First Minister Mark Drakeford said the new guidance for children was because of their lower rates of transmission.

Visit the Gov.UK website here for details of the announced new lockdown restrictions which will affect millions of people in Greater Manchester, East Lancashire and parts of West Yorkshire after a spike in coronavirus infections.