Is It Already Time for Coronavirus Plan B? 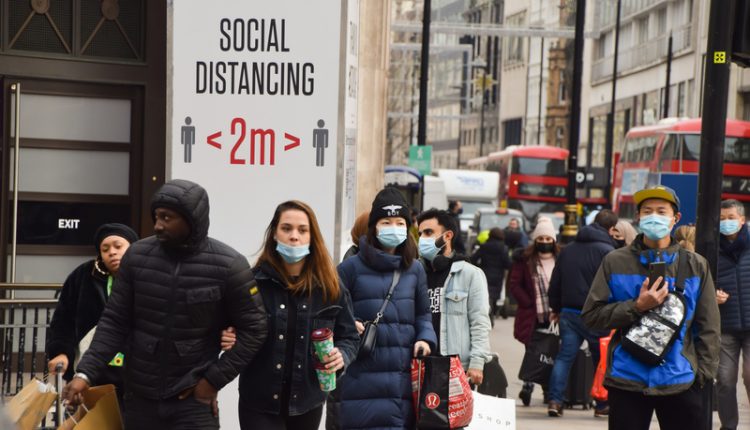 Health leaders are urging the implementation of the “plan B” winter measures if England is to avoid “stumbling into a winter crisis”.

Coronavirus cases continue to rise with the UK reporting 223 deaths recorded within 28 days of a positive test – the highest number of daily COVID deaths since March.

The NHS Confederation has said that the government’s back-up plan to avoid a winter crisis for the NHS, which involves wearing of mandatory facemasks in crowded and enclosed area and other measures, should be applied immediately.

Chief executive of the confederation, Matthew Taylor, said: “We are right on the edge – and it is the middle of October. It would require an incredible amount of luck for us not to find ourselves in the midst of a profound crisis over the next three months.

“The government ought to not just announce that we’re moving to plan B, but it should be plan B plus. We should do what’s in plan B in terms of masks … working from home, but also we should try to achieve the kind of national mobilisation that we achieved in the first and second waves, where the public went out of their way to support and help the health service.”

Since the beginning of October, there has been a rise in infections, however the government has not acted yet and has resisted pressure calling for the re-introductions of restrictions.

Kwasi Kwarteng, business secretary, stated that the time has not come to switch to ‘plan B’ yet, but urged people to take their booster jabs if offered.

“I don’t want to inject any hint of complacency, but I think so far our approach is working” he said, pinpointing the lower rates of hospital admissions and deaths than during the previous waves of infection.

Downing Street has said that plans to execute plan B for the winter have not been considered but say they are keeping a “very close eye” on the situation despite stating that vaccinations had broken the link between cases, hospital admissions and deaths.

“Our focus remains on ensuring we get boosters out to those who are eligible,” a No 10 spokesman said.

Prime Minister Boris Johnson has affirmed that if the government’s plan A – motivating the population to get their booster and flu jabs – did not help in controlling the “unsustainable pressure” onto the NHS then they would switch to plan B. Plan A includes booster jabs to around 30 million people and a single dose of a vaccine to healthy 12-15-year olds. As well as wearing masks in crowded areas, plan B also involves asking people to work from home and introducing vaccine “passports”.

Labour Leader Keir Starmer has also called for the introduction of plan B after stating that Boris Johnson was showing his “characteristic complacency”. He has called for the government “to be more vocal, to step up and assure the public that they have learned the lessons of last year”.

Scientists are also pressurising the government to introduce more restrictions. Prof Christina Pagel from University College London said: “We are now seeing cases and hospital admissions rising steadily and an out of control epidemic within schools. The government must switch to its plan B immediately and accelerate rollout of vaccines, including to those who are yet to be vaccinated at all or are just on one dose.”

Interim president of the Association of Directors of Public Health said it was vital “to look seriously at, and consult on, the exact measures and most appropriate timing of plan B … we need to tread carefully as lockdowns and complacency are extremes we need to avoid”.

The NHS Confederation has also recommended a package of more measures to support frontline services – what it labelled as a “Plan B plus”. This could consist of encouraging people to get vaccinated, turn up to appointments on time and even volunteer to support the NHS.