It’s Not Over Until It’s Over: Government Warns of Coronavirus Death Surge 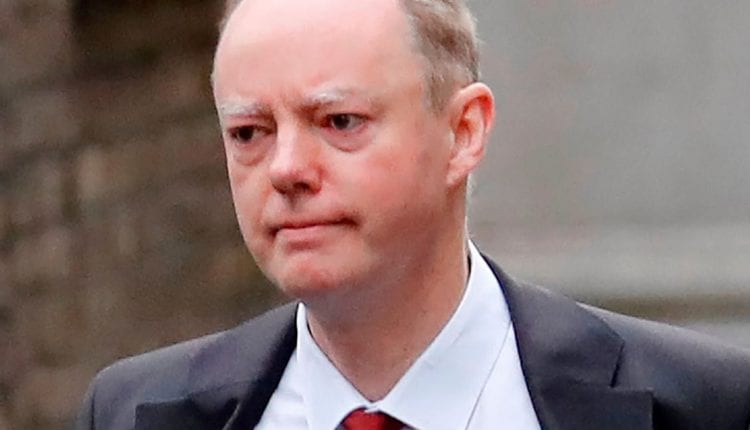 The Government’s Chief Scientific Officer Professor Chris Whitty has warned that the next Covid surge will cause significant number of deaths this year. The news comes as a new coronavirus infection hotspot in the UK is announced.

Commenting on the forecast from the Scientific Advisory Council that there will be at least 30,000 more coronavirus deaths in the UK by next June, Chris Whitty warned that “significant numbers” of people will still die from coronavirus despite the vaccination programme.

Chris Whitty suggested that a figure of 30,000 deaths by next June was ‘not ridiculous’ even “under the most optimistic” modelled scenarios for lifting lockdown.

Speaking to the Commons Science and Technology Committee alongside the government’s chief scientific adviser Sir Patrick Vallance, Prof Whitty said the measures pencilled in for May 17th, when indoor mixing of up to six people could be allowed, involved “significant risks”.

Professor Whitty’s reasoning was that not all of the older population would have been vaccinated, and that even among those who had, the vaccination would not be 100 percent effective. Appearing at the House of Commons science and technology committee on Tuesday, he explained: “Some people who are fully vaccinated will still go on to develop “significant disease” because the vaccines are not 100% effective.

“Some people will choose not to – or are unable to – get a jab. Some people in lower age groups are also at high risk.”

He further explained to MPs: “The modelling is just reflecting the fact that because this is such a common virus and gets to large numbers of people, even if you have a relatively small proportion of people still remain vulnerable, that still equates to a very large number of people overall.”

Professor Whitty said that he is expecting a “further surge” in Covid-19 cases either in the summer or autumn. He told MPs he would “strongly advise” against any attempt to “concertina” the five-week interval between steps, saying the 12th April measures are “a very big block”, with shops and outdoor hospitality due to open.

At the moment the government intends to adhere to its “road map” out of lockdown which began in England on March 8th with the reopening of schools and relaxation of restrictions on people socialising outdoors.

The plan is for all restrictions to be removed by 21st June, at which point Chris Whitty warned that the virus “will find the people who have either not been vaccinated or where the vaccine has not worked”. He added: “These will be significant numbers of people who will be dying, just as in any given flu year.

“An average flu year, 79,000 people will die… these are not ridiculous numbers, they are perfectly reasonable numbers for a significant respiratory virus that is affecting very vulnerable citizens even when vaccinated.”

Ironically, one effect of the lockdown has that influenza infections this year have been at record low levels, but Chris Whitty said he would “strongly advise” against any move to shorten the timetable for easing lockdown restrictions.

One commenter on social media posted: “A back of the envelope calculation shows his figures are about right. Surveys suggest about 8% of the adult population won’t accept the vaccine, that is about 4,000,000 people. Once restrictions are lifted, then in 12 months, most of these people could become infected and the infection to death ratio is about 1%, so 40,000 would die. A lot better than the 120,000 that have died in the last 12 months, but still a significant number.

“It may be pessimistic though, as for the virus to reach the unvaccinated population within 12 months would require an R>1, which would probably require transmission by a significant proportion of the vaccinated, even if they don’t become significantly ill. I think Whitty is probably just warning us that some restrictive measures may still be necessary. I’d doubt that that would be full lockdown, but rather social distancing and masks in public indoor spaces.”

New figures suggest that coronavirus hotspot in the UK is now the Midlands, rather than the south.

South Derbyshire currently has the highest levels of new infections, with Leicester, North West Leicestershire and Peterborough all appearing in the top 10 UK areas.

In total, 15 out of the 315 local areas in England have seen a rise in coronavirus cases, but 299 regions have seen a drop and the other one remains the same, according to government statistics.

The government’s latest rolling case rate figures, for the seven days up to 5th March show the number of Covid-19 infections per 100,000 people.

Infection rates are mostly lower across the South East and South West, particularly in Cornwall and Devon, which have been hit much less hard overall. The biggest drop in the area was seen in Mid Devon, down from 42.5 to 26.7.

Infection rates have been falling across the UK as a result of the lockdown and implementation of the vaccine, but government figures showed that 231 people had died within 28 days of testing positive for the virus as of Tuesday March 9th, while there were a further 5,766 lab-confirmed cases in the UK.

Death figure were though down by 78% compared to a month ago.

Spicing Things Up In The Bedroom