Commuting can damage your health

The British Chiropractic Association (BCA) has revealed that 33 per cent of the population spend 14 months of their lives commuting, resulting in damaged health and losing their tempers 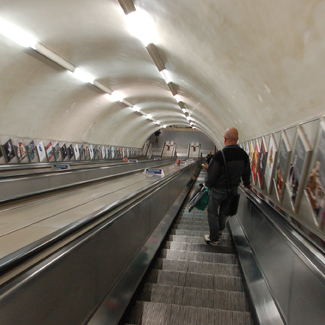 According to the BCA report, almost a third of the working nation are commuting on public transport, with 50 per cent left fighting for seats and only occasionally sitting down.

It will come as no surprise that around 20 per cent of commuters describe their journey as both frustrating and uncomfortable, while 8% of the nation say they are left stressed before their day at work even begins.

However Tim Hutchful from the BCA advises that standing could be the best way to travel.

‘With our ever increasing sedentary lifestyles we spend most of our working day sitting down so actually standing comfortably is a great way to start and end the day,’ he says.

The BCA surveyed 2,000 Brits about their commuting habits, and found that lack of personal hygiene and invasion of personal space were among the core commuter irritations. Loud music and cigarette smells closely followed, and people reserving seats with their bags annoyed 19 per cent of commuters.

However, public transport is not the only form of commuting that can cause health issues, driving may seem like an easier option but it remains a key trigger of back pain.

Sitting down puts twice as much pressure on the spine as standing up resulting in one in three commuters currently suffering from back pain.

‘Each year the nation’s posture seems to be getting worse and with back pain figures on the rise it suggests that the two go hand in hand. Commuting posture becomes habitual and people tend to take less notice of their environment and behaviour and, in this case, it is often their posture that suffers. Whilst commuting is a part of a daily life, we want to encourage people to stand tall and take on board some easy and simple tips which can be applied everyday to help combat poor posture,’ said Mr Hutchful.

The benefits of having a good posture

Could your diet be affecting your hay fever symptoms