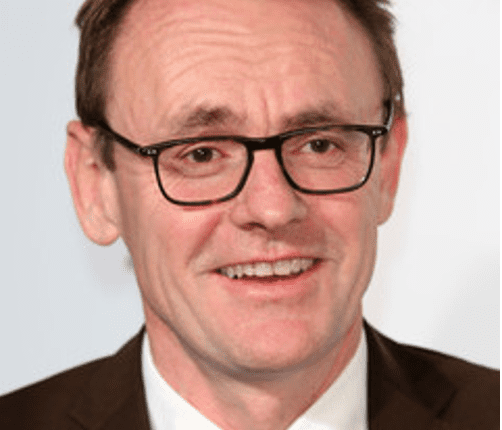 The British comedian had also appeared on other popular comedy panel shows including Channel 4’s, The Big Fat Quiz of the Year and BBC’s QI and Have I Got News for You and was known for his hilariously dry sense of humour.

A statement, released from agents Off The Kerb Productions to the PA News Agency, announced the news by confirming that he passed away at his home surrounded by his family.

The statement went on to say: “Sean was one of Britain’s finest comedians, his boundless creativity, lightning wit and the absurdist brilliance of his work, marked him out as a unique voice in British comedy”

“Sean was also a cherished husband and father to three children. Sean will be sorely missed by all that knew him. We kindly request that the privacy of his family and children is respected at this difficult time.”

Lock, born in Chertsey, Surrey, began his television career during the mid-1990s, as he starred in Newman and Baddiel in Pieces in company with Rob Newman and David Baddiel in 1993.

He then went onto script-edit popular 1998 BBC sketch comedy series, Is It Bill Bailey?, as well as co-writing the screenplay for the 2001 drama film, This Filthy Earth with Andrew Kötting.

In 2000, he won the coveted Best Live Stand-up at the British Comedy Awards and since then has been a constant on our TV screens.

He became a regular on 8 Out Of 10 Cats, after being appointed one of the captains in 2005 and secured the role for 18 series until he exited the show in 2015.

As well as appearing in many of the nations well-loved comedy panel shows, Lock was also seen in various different TV series and sitcoms.

Between the years 2006-2007, he produced and became the presenter of popular Channel 4 television series TV Heaven, Telly Hell, which had star guest appearances from the likes of Johnny Vegas and Alan Davies.

In addition, he also wrote and starred in the BBC TV sitcom, 15 Storeys High alongside famous British actor Benedict Wong. The show was an expansion of the BBC Radio 4 show, 15 Minutes Of Misery, which Lock had also script-edited.

A number of tributes have already been flooding in from those in the entertainment industry. Fellow comedian and close friend, Lee Mack has come out and said: “‘I’ve known this day was coming for some time, but it’s no less heart-breaking.”

“A true original both in comedy and life. I will miss him so much.”

8 Out Of 10 Cats presenter, Jimmy Carr, tweeted: “Brutal news about Sean Lock today. I loved him. I’m watching clips of him right now – laughing & crying. I’ll miss him so much.”

Co-star, John Richardson has also paid his tributes sharing his respect and adoration of the comedian.

“‘I idolised Sean as a comic long before I became a comedian myself and ten years working alongside him didn’t diminish that in the least. An incredible comic brain and a truly unique voice”, he stated on Twitter. “‘I’m devastated for his family today and sad for comedy that we have lost one of the very best.”

David Baddiel reminisced about the comedic nature of Lock and working with him on Newman And Baddiel In Pieces, calling Lock “one of the funniest men I ever knew”. He began by saying that he was “devastated to hear about Sean Lock”.

Recognised actor and comedian Ricky Gervais also paid tribute saying how he was “One of the funniest, most influential comedians of a generation.”

Scouse comedian John Bishop has expressed his sadness by tweeting: “”I am shocked and saddened at the news of the loss of Sean Lock. He was a brilliant comedian but more importantly he was a great person on so many levels. He will be missed hugely.”

The tributes do not stop there as many famous faces from across the industries have shown their respect and paid tribute to the Chertsey-born comedian.

Pointless icon, and TV producer, Richard Osman tweeted: “Over 15 years producing 8 Out Of 10 Cats, Sean Lock made me laugh so much and so often. A unique and brilliant comic voice. Love to his family and his many friends.”