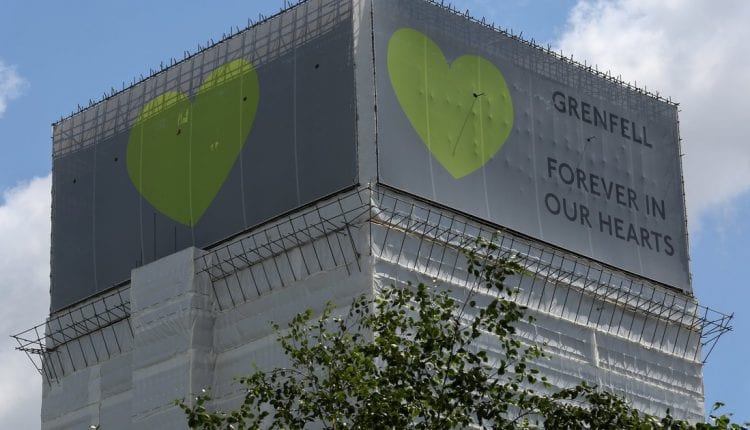 The government is continuing its attempts to force through its Fire Safety Bill, which returns to the House of Commons on Monday 22nd March – though only an hour has been set aside to debate it.

The government suffered a defeat in the House of Lords as peers voted through proposals to make it clear that leaseholders should be exempt from the costs of cladding repairs. The vote in the upper house came weeks after ministers defeated backbench rebels on the issue in the Commons, by voting down a rebel amendment looking to exempt leaseholders from cladding costs.

The amendment to the Fire Safety Bill tabled by the Bishop of St Albans effectively reinserted the rebel clause defeated in February, and was passed by 326 votes to 248 in the Lords, with the support of a number of Conservative Peers.

Representing the government, Home Office minister Kit Malthouse argues that the Fire Safety Bill, which is designed to extend the scope of the existing Fire Safety Order to cover cladding and the external walls of buildings, including for residential blocks, is not the place to legislate on who pays for the work to be done.

Campaign group End Our Cladding Scandal has created a petition which currently has 73,420 of the 75,000 signatures required. You can find it here: https://you.38degrees.org.uk/petitions/end-our-national-cladding-scandal

The End our Cladding Scandal action group also has new templates so people can write to their MPs.

The leaseholder template is here:
https://endourcladdingscandal.eaction.org.uk/emailmpnew1

The friends and family template is here: https://endourcladdingscandal.eaction.org.uk/emailmpnew2

Leaseholders finding themselves faced with crippling costs to carry out remedial work on dangerous cladding, as well as work on other fire hards such as wooden balconies and ineffective fire breaks, concerned that the Bill, which they support in principle, will have the unintended consequence of immediately making thousands of leaseholders liable for huge and unaffordable repair bills unless they are specifically exempt.

Propoising the amendment, the Bishop of St Albans said that the proposed law as it stands could cause “severe diverse financial consequences” for leaseholders. He said: “In the Bill’s current form, whenever the fire service serves notice to the freeholder requiring remedial work to be undertaken, the freeholder will be able to force leaseholders to reimburse all the costs incurred. These costs are staggering.”

See also: How to Create Your Perfect Garden, Part One – Lawns

Support for the Bishop’s views came from Labour peer Lord Kennedy of Southwark, who said leaseholders were being “penalised for the failure of others”. He added: “They deserve to be treated much better than they have been by the Government.”

Fire minister Lord Greenhalgh said that he “recognise[d] the concerns of your Lordships to ensure that swift action is taken to protect leaseholders from the significant remediation costs related to unsafe cladding”, but that it would be “impractical and confusing to include remediation measures in the Bill.”

The amendment to the bill protecting leaseholders from expenses has been championed by Conservative backbenchers Stephen McPartland and Royston Smith. The bill will now return to the House of Commons for its final stage approval before Royal Assent.

The government has announced that landlords breaching fire safety regulations will face unlimited fines, and that there will be measures taken against anyone obstructing or impersonating a fire inspector.

Failure to record a fire risk assessment for a building will also become a civil offence as part of amendments to the existing 2005 Fire Safety Order, said the Home Office. The measures were announced as part of government response to a public consultation on fire safety which ran from July to October last year.

The Home Office intends to bring the regulations before parliament before the second anniversary of the Grenfell Inquiry’s Phase One report, which was published in October 2019.

Lord Greenhalgh said in a statement the new measures will help improve fire safety in buildings by taking “firm action against those who fail in their duty to keep people safe”.

It comes following the prime minister’s announcement yesterday that the government was considering a new tax on construction products firms to partly fund cladding remediation projects.

Boris Johnson also said that he was looking into new rules banning contractors which have engaged in “gross professional negligence” from public sector work.

The ongoing Grenfell Inquiry is currently looking into the role played by materials firms, material testing houses and construction product certifying bodies in the disastrous 2017 fire at Grenfell Tower, which claimed 72 lives.

Coping With Nasal Congestion in Babies