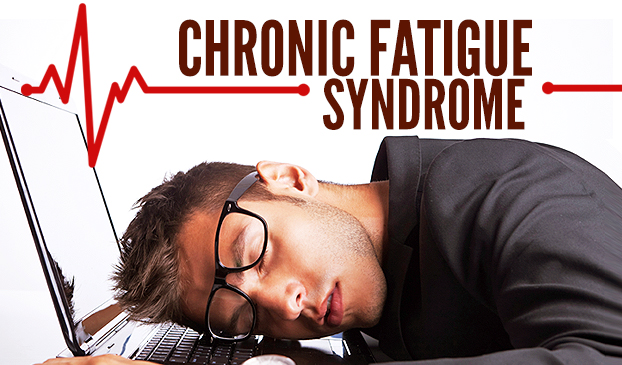 Are you constantly exhausted? The cause may be more complex than you think.

Chronic fatigue syndrome is a complex illness affecting the brain and body. It is characterised by incapacitating fatigue that is not relieved by rest, and any of the following symptoms for at least six months:

Chronic fatigue syndrome is more common in women than men.

The cause of chronic fatigue syndrome is unknown and there are no specific tests to confirm diagnosis. It is believed to be triggered by a combination of genetic mutations and environmental influences.

Multiple triggers may be involved, such as viral infection, stress, nutrient deficiency, toxins, and hormone imbalances. Examples include:

Lifestyle Modification
It is important to keep exercising in order to keep muscles strong and prevent a worsening of fatigue. The most important thing is to create a moderate exercise plan which starts with a short and simple routine, such as one minute of activity followed by three minutes of rest.

As the routine becomes more manageable, increase the total duration whilst maintaining the rest breaks in between. If there is at any stage a worsening of symptoms, drop back to the last level of exercise that was well tolerated.

A number of nutritional supplements have been found to help the symptoms of CFS:

NADH is an activated form of vitamin B3 that plays an important role in the production of energy in the cells. Trials have shown that some people with CFS who take NADH have less fatigue and improved overall quality of life.

Many patients with CFS are found to be deficient in magnesium and report significant improvements in their symptoms when magnesium is supplemented into the diet.

Coenzyme Q10 (CoQ10) is another compound found naturally in the mitochondria. CoQ10 is involved in the production of cellular energy and is also an antioxidant. Surveys have shown that a high percentage of people with CFS feel an improvement in energy when taking CoQ10.