Chinese food is the most popular type of food in the UK, overtaking Indian and classic British dishes, a new poll has revealed 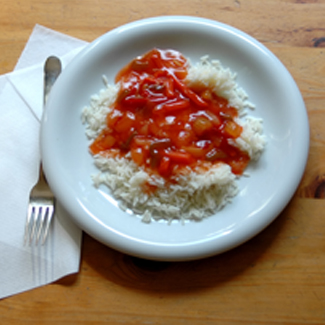 Research from Sharwood’s to mark Chinese New Year found that 39 per cent of respondents chose sweet and sour chicken or chow mein as their meal of choice over Indian favourites Tikka Massala and classic British meals such as a roast or fish and chips. These came in third place with 21 per cent of the vote. Italian and Thai completed the top five.

Sharwood’s Chinese Chef, Chung Yin Liu, said: ‘’Traditional English dishes will always have a place in our hearts, it’s easy to get bored of fish and chips or roast dinners, so it’s nice to enjoy something slightly more exotic.”

Brits are becoming more adventurous at home too, with two thirds of the 3,000 participants saying they cook exotic food at home on a regular basis. A third of them even reckoned that they would rather experiment with ethnic cooking at home then head to the nearest restaurant.

Is Vegetarian food on your menu?