Learn more about the condition of sleep apnoea in children and how modern medicine and surgery techniques are changing the way we treat it. 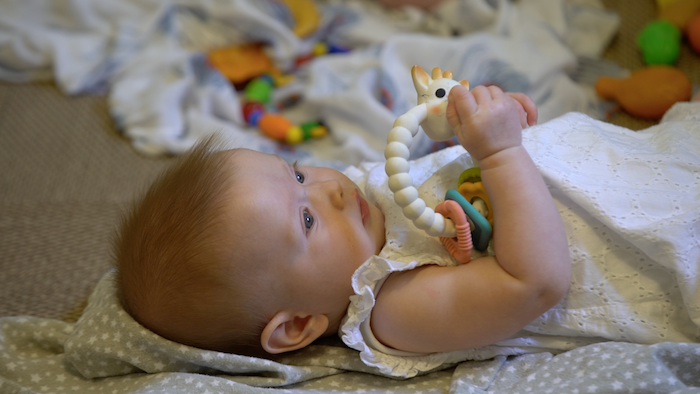 When children are awake the muscles in the throat are strong and the throat is held open. When children fall asleep the muscles in their throats relax and the tonsils can fall in to effectively plug breathing. Children snore, and then if severe have their breathing blocked completely for a few moments (sleep apnoea). This can be scary for parents.

After a few moments blockage, the child’s carbon dioxide starts to go up, and the child’s brainstem responds to this by effectively waking the child to some extent. The child’s throat muscles become strong again and the throat opens. Often the child changes position as well.

While usually not in danger, the child misses out on the deep restorative, restful part of sleep. They wake to feel tired and this can result in either being overactive or sleepy during the day.

Until five years ago in the UK, if this problem was so bad that surgery to remove tonsils was needed, it was routinely done by a traditional total tonsillectomy technique.

Surgeons started between the muscle of the throat and the tonsil. This led to raw muscle (which has a lot of nerve pain fibres in it) being exposed. In the following two weeks, the child experienced a great deal of pain each time they swallowed and the area was squeezed together.

Recently, however, a new surgical technique has been adopted. This starts, instead, in the space in the middle between the tonsils, and effectively shaves the tonsils back towards the muscle, aiming to do so without disturbing the muscle itself. The operation is only focused on the tissue causing the breathing problem (i.e. the tonsil) rather than the surrounding tissue (i.e. the muscle that the tonsil sits in).

The blood vessels in the tonsil are smaller than in the muscle and so this operation has a far lower risk of bleeding compared to traditional tonsil surgery. Also, the muscle has a lot of pain nerve fibres, and so this surgery aiming not to touch the muscle is much less painful with a quicker recovery for that child. After the new operation, children then get back to normal eating drinking and school quicker.

Creating a Safe Environment for Your Baby to Sleep

The Importance of Sleep Positioning During Pregnancy

The surgery is often combined with removal of adenoids, as children with large tonsils frequently have large adenoids, too, contributing to blockage of their airway.

Great caution is taken only to carry out any surgery where it is thought to be of absolute benefit, and appropriate, to that individual child. A balanced decision has to be taken for each child. Where it is indicated, though, by allowing more room for breathing, children’s sleep and so their quality of life can be transformed.

He has been a Consultant in London for 11 years and has carried out over 4000 Children’s Tonsil Operations. He is an expert in Children’s Ear Nose and Throat problems, including those of Tonsils, Adenoids and Glue Ear that can sometimes need Grommets.

He can be contacted via

.(JavaScript must be enabled to view this email address)

The Key to a Healthy Child is a Healthy Immune System