How You Can Enjoy the Taste of Indonesia 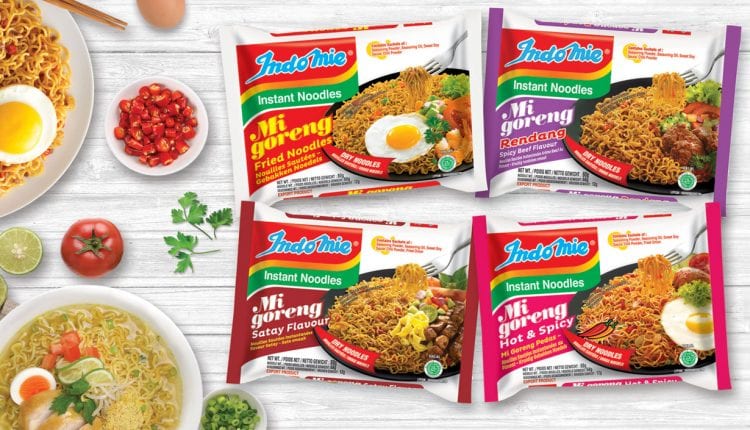 How did the Indomie label start?

Indomie has come a long way since its humble beginnings in the 1970’s.

Indomie instant noodles are made from carefully selected ingredients, the best quality flour and fresh spices from the natural resources of Indonesia giving it a unique and delicious taste.

Today Indomie, which is one of Indonesia’s most iconic brands and can be found everywhere in Indonesia, from street-side stalls in the capital cities to the local corner shops in the remote area of West Papua, as well as over 50 countries worldwide including the UK.

What flavours are available?

Enjoying the Taste of Thailand

How are the noodles prepared?

Mi Goreng literally means Fried Noodles, but without all the fuss. It’s ready in an instant for your convenience. Simply cook the noodles, drain and then add the seasonings in.

Each packet contains two sachets of seasonings. The first sachet has three segments and carries the liquid condiments; sweet soy sauce, chilli sauce, and seasoning oil with garlic flakes. The other sachet has two segments for dry seasoning powder and flake of fried shallot.

Indomie also has a classic flavour, the Special Chicken, which is best eaten with broth.

Other flavours available include Vegetable, Shrimp and Beef.

Whichever Indomie flavour you feel like, give them a go and Indomie could become your favourite noodles too! All Indomie noodles are Halal certified.

Where can I find Indomie noodles?

What can you tell us about Chadha Oriental?

Indomie Noodles are distributed in the UK by Chadha Oriental.

Chadha has been at the centre of the Oriental Food market for over 30 years. Their appreciation and understanding of the UK Ethnic market is integral to their continued presence and position as a leading importer and distributor within this sector.

As a member of the Grace Kennedy Group, they are owned by a strong global company with significant investment in food. The provision of first class brands, products, competitive prices and exceptional customer service is at the forefront of their business and has established Chadha Oriental Foods as a company that consistently exceeds customer expectations.

Chadha Oriental ensure that all of our customers are given the best service and finest quality products available today.

Their customers include all leading Mainstream Retail, Ethnic Oriental retail and wholesale, Foodservice and Manufacturing customers.

For Decorating Success, Reach for FrogTape®

How Can an Air Purifier Help Keep Your Home Healthy?