Celebrity hair styles have always been of great interest for women and men alike: A new poll reveals Beyoncé is the top hair icon. 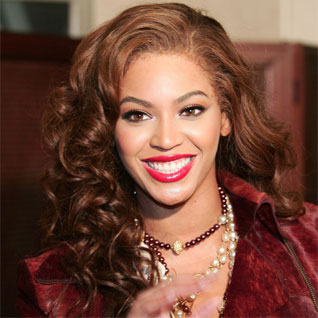 The hair experts at retailer Fabriah.com put together ten of the most iconic hair trend setters of the past decade and asked respondents to vote for their favourite.
The ‘Single Ladies’ singer topped the poll with 20% of the vote but was closely followed by David Beckham on 18%.

In third place was the former Girls Aloud star Cheryl Cole, who achieved 15% of the popular vote whilst Christina Aguilera came fourth with 12%

One in ten people named Amy Winehouse’s beehive the most iconic, bringing it in fifth place in the top ten.
Mayor of London Boris Johnson with his unruly blond locks just missed out of a top five spot with only eight per cent of the vote.

SEE ALSO: Who are the top ten movie actors of all time

It was a tale of two Kates in seventh place as Kate Middleton and Kate Moss both scored five per cent of the public’s support.
In ninth and tenth place were Lady Gaga and Sharon Osbourne who achieved four and two per cent respectively.

Francesca Davies from Fabriah.com commented: “It takes a lot for hair to become iconic and even more so for someone to become a hair icon.

“We have mapped their changing hair styles over the years – many of us have even had a go at copying one or two of them. However, the fact of the matter is, every single person in our top ten could be recognised purely by their hair alone.”

One respondent commented: “Beyoncé has been a hair icon of mine for such a long time, in fact I would go as far as saying she has never had a bad hair style. I would love to know how much she spends and what products she uses to keep her hair looking that good.”

Would you rather travel in style or in a…

One man who took part in the survey said: “I voted for Boris as my hair icon – he goes to show that you don’t need to be perfectly groomed or spend a fortune on your hair to become a hair icon.

“Everyone thinks of David Beckham as being the ultimate male style icon, however, not everyone is blessed with his natural good looks and his bulging bank balance.”

Raking the most hated garden task

Stay on trend with the twisted top knot