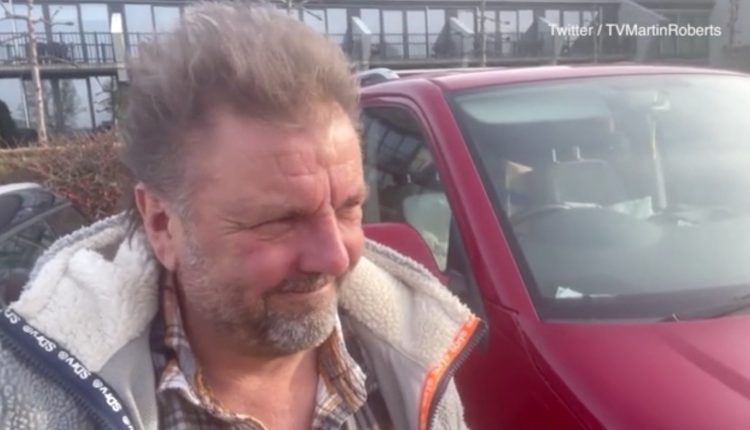 Celebrity Angels’ Property & Home guest editor Martin Roberts, best known as the presenter of the BBC’s long-running Homes Under The Hammer, has posted an update on his two-day ‘mercy dash’ to the Ukraine border to deliver urgently needed relief supplies.

The property expert announced on social media his plans for a 26-hour drive through Germany and Poland after filling a car with vital supplies such as nappies and other baby products, to help families fleeing Ukraine as Russian forces advance.

Martin, 58, said that he felt impelled to do something to help as he watched families struggling to escape the war torn country. He said his drive would be “fuelled on wine gums and lots of Red Bull”.

After crossing the English Channel by ferry and taking a short break in the Netherlands on Sunday morning, he said: “I’ve managed a few hours sleep and yeah, it’s a really tough day today, it’s another 13 hours on the road.”

He had intended to drive non-stop through France, Belgium and the Netherlands into Germany, then on to Medyka on the Polish/Ukraine border. He said in a tweet; “One van. One man on a mission. 1270 miles. 22 hours. That’s a lot of wine gums and red bulls. What could possibly go wrong?” but later posted that he’d had to break his journey, as “I’m so tired I think I’ll have to overnight in a hotel and continue onwards to Poland early am.”

Fans tweeted encouragement while expressing concerns over his safety.

We wish Martin well on his journey and will post regular updates on his progress.

See also: Martin Roberts to Reveal All for The Real Full Monty