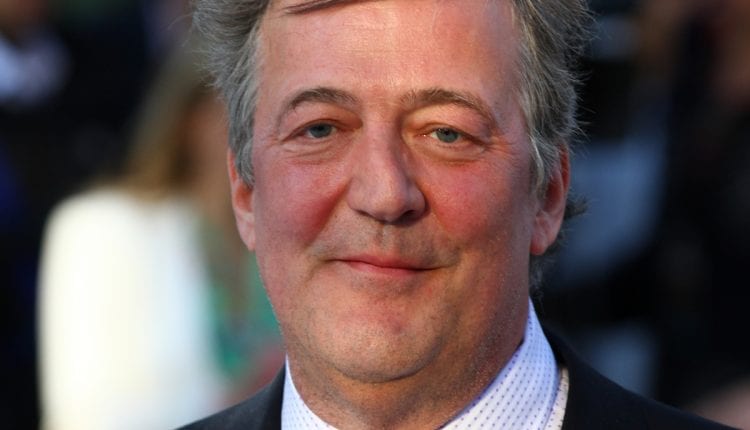 When celebrity Stephen Fry joined others including Jim Broadbent, Nile Rogers, Bill Turnbull, Jemma Redgrave and Ray Clemence to speak out in support of charity Prostate Cancer UK’s ‘Men, We Are With You’ Campaign, he spoke as they all did from personal or family experience. The celebrity prostate cancer campaign aims to educate everyone about the most common cancer in men in the UK.

Age, ethnicity and family history are factors, but public awareness of the disease, its symptoms, consequences and treatment remains low.

In celebrity Stephen Fry’s case, he says that he was luckily diagnosed at a fairly early stage during investigations of another condition, and was successfully treated. But there is no national screening programme as there is for other conditions such as breast cancer, so there is a risk of late diagnosis and subsequently more difficult in treatment.

The Prostate Cancer UK celebrity campaign aims to educate everyone about the protate, a gland in men, the size and shape of a walnut (though it can grow larger with age), which sits underneath the bladder and surrounds the urethra, the tube that carries urine out of the body. The main function of the prostate gland is to make semen, the fluid that carries sperm.

But the prostate gland is subject to several conditions, including enlargement or inflammation (prostatitis), and prostate cancer, when cells in the gland begin to grow in an uncontrolled way.

For this reason, many men with prostate cancer never need any treatment. However, some prostate cancers grow quickly, and are more likely to spread to other organs, in in these cases treatment is needed to stop it spreading, as the experience of some of the celebrity spokespeople for the Prostate Cancer UK campaign shows.

Prostate Problems? Uncover How to Keep Your Prostate In…

A prostate cancer which is contained inside the gland (known as localised or early prostate cancer) is often benign and causes no problems, so it’s often diagnosed only as part of tests for other conditions. If there are symptoms, they can involve difficulty in urinating, and can come on very slowly, over several years. Effects are usually noted in men over 50, as was the case with celebrity Stephen Fry, and are more common in black men and those with a family history of prostate cancer.

So changes in the way you urinate are more likely to be a sign of a very common non-cancerous problem known as an enlarged prostate, or other health problems. Nonetheless any such symptoms are a sign that you need to get checked out by your GP.

• Difficulty starting to urinate or emptying your bladder

• A weak flow of urine

• A feeling that your bladder hasn’t emptied properly

• Urine dribbling after you finish

• Feeling the need to urinate more often than usual, particularly at night

• Sudden urges to urinate and leakage

• Pain in the back, hips or pelvis

• Problems getting or keeping an erection

• Blood in the urine or semen

While all of these symptoms can also be caused by other health conditions, they should all be reported to your GP for investigation. There is no definite way of diagnosing prostate cancer without a visit to the doctor, as celebrity Stephen Fry discovered.

A GP or a specialist nurse can carry out a range of tests, including a urine test to rule out a urine infection, a prostate specific antigen (PSA) blood test, or a digital rectal examination (DRE). Depending on the results you may then need an appointment with a specialist at a local hospital.

Some research suggests that high PSA level in your 40s could predict the likelihood of you getting prostate cancer, or fast-growing (aggressive) prostate cancer, in the future, so if the test suggests you’re at higher risk, you and your doctor may decide to do regular PSA tests. But the PSA test alone is not a definite sign of prostate cancer, one reason why there is no national screening programme as there is with breast, cervical and bowel cancer.

Although the Prostate Cancer UK celebrity campaign supports the use of screening for prostate cancer, it’s been argued that screening may do more harm than good, as it could encourage more men to have invasive biopsies, which can cause their own health problems, and could cause unnecessary worry in cases of slow-growing cancers.

So when celebrity Stephen Fry as well as Jim Broadbent, Nile Rogers, Bill Turnbull, Jemma Redgrave and Ray Clemence speak out in support of charity Prostate Cancer UK’s ‘Men, We Are With You’ Campaign, remember they are speaking from personal or family experience of prostate cancer, and sharing their stories with you.

What Are The Causes Of An Enlarged Prostate?