We examine the properties, benefits and drawbacks of using CBD oil. 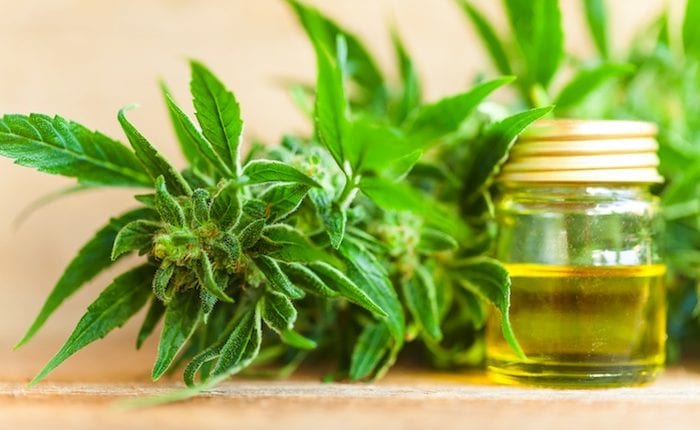 Cannabidiol (CBD) is one of over 60 chemical compounds naturally found in the marijuana (cannabis) plant—a category known as cannabinoids. CBD oil is typically extracted from the resin glands of the marijuana buds and flowers. It can also be extracted from hemp—an industrial, fibrous form of cannabis.

A common misconception of CBD oil is that it can lead to a ‘high’ effect, however, this is not the case. The compound in marijuana that causes a psychoactive high is called tetrahydrocannabinol (THC), which appears only in very minute traces in CBD oil. From 2016, CBD oil has been legal to buy in the UK, since the government’s healthcare watchdog approved its use as a medicine under license. CBD is usually bottled and comes with a dropper; however, it can also come in other forms, for example, as a chewing gum, hand soap or as vape oil for e-cigarettes. In recent years, the medical community has set out to unlock the medical potential of CBD oil and unearth its health benefits.

These are just some of the potential benefits of CBD oil:

In spite of the discoveries being made in regards to CBD oil, there still remains a lack of knowledge on its long-term effects. At present, there is little regulation to govern products on the market, meaning that ingredients, manufacturing processes and potency can vary dramatically. While a preliminary report from the World Health Organisation (WHO) stated that ‘no public health problems […] have been associated with the use of pure CBD,’ the FDA is yet to approve CBD products for any purpose. There are several potential side effects of taking CBD oil, which include nausea, drowsiness, diarrhoea, dry mouth, vomiting and bloating. Likewise, drug interaction is possible if CBD is used alongside other common medications. Results from ongoing medical studies have produced promising results, however, more proof must be acquired before CBD oil is deemed safe and beneficial in the long-term.

How the UK Could Become a Global Medical Cannabis Leader

In 2017, the Cannabis Trades Association UK stated that users of CBD oil had doubled across the home nations from the year before—jumping from approximately 125,000 to 250,000.

The amount of new users of CBD oil every month

Billy Caldwell from Castlederg, Northern Ireland was the first Briton to be prescribed CBD oil on the NHS. The 11-year-old suffered from violent seizures caused by epilepsy, which often amounted to 100 attacks per day. On the brink of death, Caldwell was issued CBD oil from specialists in the US in the hopes that it would provide him with some relief—this treatment then continued in the UK. 10 months since receiving his first dosage, the young boy has been seizure free

Findings by the UN International Narcotics Control Board (INCB) stated that the UK produced approximately 95 tonnes of legal cannabis in 2016—accounting for 44.0% of the world total. A significant part of this production goes towards a cannabis-based medicine called Sativex. At present, Sativex is only available on prescription by the NHS in Wales

Earlier in 2018, Holland & Barrett became the first high street store to stock medical cannabis oil in the UK—a product made by the Dutch firm, Jacob Hooy.