Causes of Indoor Allergies and How to Overcome Them

Tired of sneezing, wheezing and itchy eyes from allergies? Well, enough is enough—we look into the causes and how to manage allergies in the home. 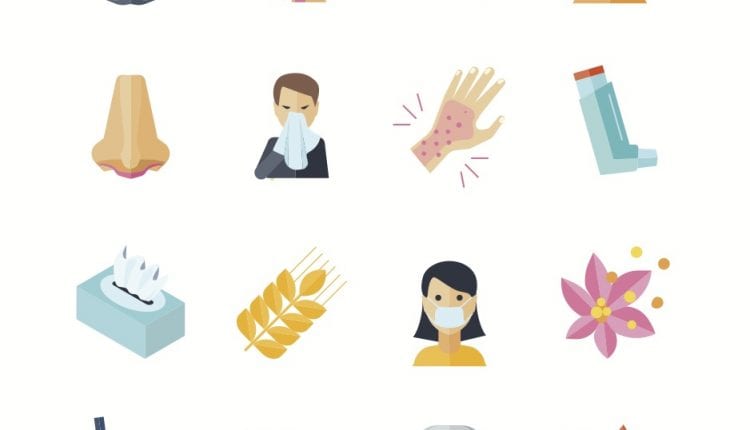 Allergies can be a hassle when it comes to day-to-day life. Pollution, nature and even our homes can trigger allergic reactions, and each year the number of allergy sufferers increases by five percent according to Allergy UK.

The Rise of Home Fever

‘Home Fever’ is the name pegged for developing allergies caused by the allergens in your home. According to Allergy UK, 12 million people suffer from allergies in the home. Allergens are the substances that can cause allergies and are responsible for conditions such as perennial allergic rhinitis and asthma. It is important to identify the main culprits and their possible effects in the home.

Dust mites are one of the hidden culprits of allergies. With 58 percent of Britons suffering from allergies caused by dust mites, they are a big part of the problem and can be unsuspected triggers of respiratory problems such as asthma and perennial allergic rhinitis. These invisible mites are small creatures that are normally found in humid environments on carpets, bedding, clothes and soft furnishing. The dust mite itself does not cause harm—it’s dust mite droppings that cause allergies, where a single dropping can contain up to 14 separate allergens according to housedustmite.com.

Can I Get Life Insurance During a Pandemic?

Why Natural Products Are So Important For Skin Health

Around 10,000 house dust mites can be living on your bed alone, meaning there could be over two million dust mite droppings left to trigger a possible allergic reaction. To know if your allergies are disturbed by dust mites, make sure you note when you get your symptoms—if they occur when dust has been moved then, that is because dust mites tend to usually live in dust where their droppings are found.

Damp and mould raise the risk of developing respiratory problems such as asthma, allergies and respiratory infections. The causes of allergies are from mould spore allergens that are released by mould in the home. Mould and damp develop due to moisture in the home and can be found in uncleaned refrigerators, window frames and houses with poor ventilation. Mould spores can also be found in bedding—mattresses with allergy proof bedding can help reduce the amount of allergens.

Despite popular belief, when someone is allergic to a pet it is not because of the animal’s fur but their sweat, saliva and urine, which contain allergens that spread to their skin and fur as they groom themselves. According to Allergy UK, allergies caused by pets are the second most prevalent in the UK with 50 percent of asthmatic children sensitised to cat allergens, and 40 percent sensitive to allergens from dogs.

Other animals can also cause allergens that can make children sensitive to them. Rodents, such as mice and hamsters that are usually kept in a child’s bedroom indoors, have allergens in their urine which can be dispersed as the animal moves around its cage. This causes allergens to linger in that room, possibly triggering an allergic reaction.

There’s a theory of ‘hygiene hypothesis’, which brings the idea of exposing babies to allergens before the age of one to lessen the likelihood of them developing asthma later in life. Some studies have shown proof of this, whereas others have had a reverse conclusion. Regardless, of what research has shown, Allergy UK does recommend that anyone suffering from hay fever, asthma or eczema should not have pets even if there is no allergic reaction at present, as the allergens can aggravate the symptoms of those respiratory conditions.

Preventing Allergies in the Home

There is no exact way to prevent allergies other than avoiding the allergen that you are allergic to. Here are some tips on how to limit the amount of allergens in the home.

How to avoid mould spores

Recommended by Allergy UK, ventilation is the key to preventing mould growth in your house.

•   If you have houseplants, change the soil regularly and make sure they don’t leak or remove any indoor plants completely.

•   Avoid using paraffin heaters or bottled gas heaters as they generate a lot of moisture, which can lead to mould.

•   Make sure you deal with damp and condensation in your home.

Dust out the mites

There are a number of ways you can reduce dust mites and their droppings to prevent developing an allergic reaction. The NHS recommends that you should aim to limit the number of mites using the following methods.

•   Choose wood instead of carpet on the floors, and choose leather, plastic or vinyl furniture instead of upholstered furniture.

•   Make sure to use a vacuum cleaner that is fitted with a high efficiency particulate air filter (HEPA), which will trap more dust mites than regular vacuum cleaners.

•   When getting rid of dust always wipe surfaces with a damp, clean cloth and avoid dry dusting as this can spread dust around the house.

For pets, it is best that they are  washed at least once a week and kept outside. Frequently wash all the furniture that the pet lies down on. Use an air purifier from a supplier such as BlueAir that is HEPA fitted and can detect smoke, dust and pollen allergens in your home.

The best way to start managing your allergies is to know exactly what is causing them as you can then start to limit your exposure and hopefully your symptoms. Keep note of when your allergies happen so you can determine what might be causing them. For indoor allergies it is best to use a dehumidifier or air conditioner to lower the humidity to below 50 percent, as well as removing carpets from bedrooms, washing curtains and rugs regularly and using a HEPA fitted vacuum cleaner. Depending on the severity of your allergies, make sure you are taking the correct medication such as antihistamine drugs and nasal sprays. You could also consider immunotherapy if your symptoms still persist without the help of these medications.

Tips to Keep Your Child Healthy

Tackling the Taboo of Funerals