Can You Catch Coronavirus Twice, and Can Dogs Sniff It Out? 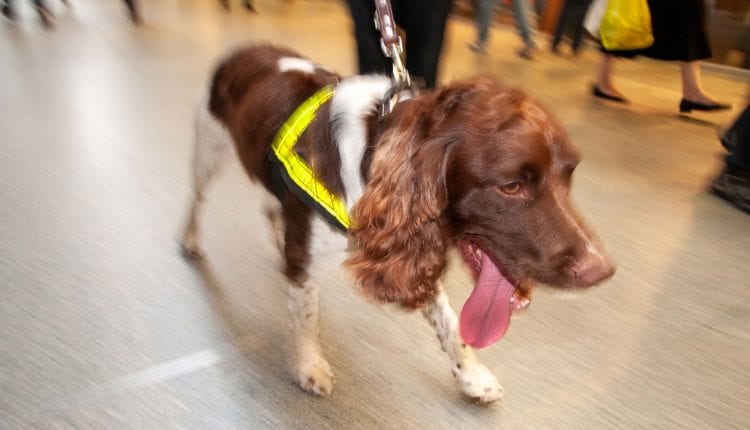 The Lancet Infectious Diseases bulletin has reported on a case where a 25-year-old man in Nevada caught coronavirus twice – while in the Lebanon, specially-trained sniffer dogs are being used at airports to detect people infected by coronavirus.

A French-Lebanese research team says that the dogs can detect Covid-19 in almost 100 percent of cases after smelling human sweat.

Now 20 dogs belonging to Lebanon’s security forces are being trained to screen arrivals at Beirut airport. If the trial is successful, the researchers hope that the initiative could be rolled out at airports around the world.

At Finland’s Helsinki airport, four Covid-19 sniffer dogs have begun work in a state-funded pilot scheme. Scientists say the dogs are not sniffing the virus itself but rather tell-tale volatile chemicals produced when the virus infects cells, and released by the body.

Passengers dab their skin with a wipe, which is placed in a beaker next to others containing control scents. If the dog detects the virus – shown by yelping, pawing, or lying down – the passenger takes a free swab test to verify its verdict.

Speaking to The Guardian, Prof Dominique Grandjean, of the national veterinary school of Alfort in France, who is leading a research team using bomb detection, cancer detection and search and rescue dogs, said that any breed could in theory be trained – a process that takes between two and 10 weeks.

Meaenwhile, the Lancet Infectious Diseases bulletin has reported on a case where a 25-year-old man in Nevada caught coronavirus twice.

This isn’t the first time that a case of re-infection after recovery has been reported, but in previous cases, the patient was reported to have ha underlying health problems.

In the Nevada case, the man was said to have no underlying health problems or immune deficiencies which would make him particularly vulnerable to COVID-19.

In a previous re-infection case reported in China, genetic analysis showed that the patient had been infected by two different strains of the COVID-19 virus.

In the Lancet report, it was noted that the second infection was more serious, with the patient needing hospital treatment after his lungs could not get enough oxygen into his body. He has now made a full recovery.

Cases of reinfection remain rare, but they raise the question of whether the body’s immune system can build up resistance to COVID-19 for the long term after an initial infection and recovery. More worryingly, secondary infection cases bring up the issue of the reliability of vaccinations – possibly they would be effective in the short term, but not in the long term, or against different strains of COVID-19.

The Lancet report includes a full timeline for the patient’s case:

The researchers say they are sure that the patient caught coronavirus twice, rather than the original infection becoming dormant and then bouncing back. As in the China case, a comparison of the genetic codes of the virus taken during each bout of symptoms showed they were too distinct to be caused by the same infection.

Dr Mark Pandori, from the University of Nevada, said: “Our findings signal that a previous infection may not necessarily protect against future infection.

“The possibility of reinfections could have significant implications for our understanding of COVID-19 immunity.”

The report raises questions about the degree and duration of immunity after infection, particularly in people who suffer only mild symptoms.

One theory is that the initial immune response could have made the symptoms of the second infection worse, as is the case in dengue fever, where antibodies made in response to one strain of the virus can cause problems if infected by another strain.

However, there have been only a handful of reports of re-infection in a reported 37m cases of COVID-19, and in most of those cases, including those in China, Belgium and the Netherlands, the second infection has not been more serious than the first. Reportedly there has been a case in Ecuador where the second infection was more severe, but here the patient did not require hospital treatment.

The Lancet report concludes that even people who have recovered should continue to follow guidelines around social distancing, face masks and hand washing.

Read more here about the Lancet Infectious Diseases bulletin which has reported on a case where a 25-year-old man in Nevada caught coronavirus twice.