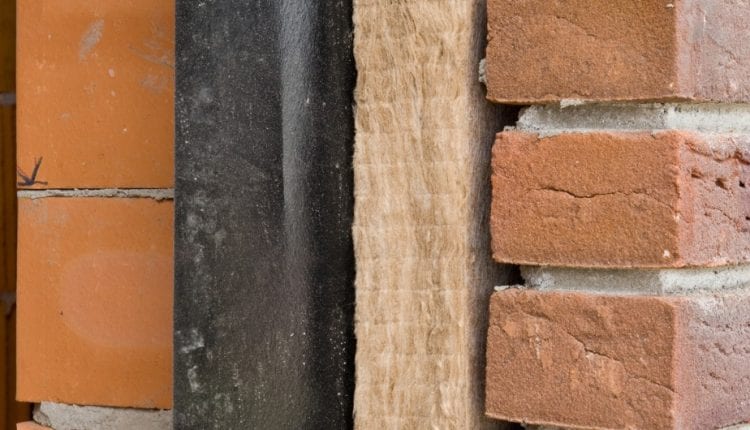 The Green Homes Grant scheme which offers vouchers for energy efficiency work such as cavity wall insulation launches in September, but campaigners are stressing the importance of the quality of the work being guaranteed.

The plan will see grants given for up to two-thirds of the cost of energy saving home improvements, including cavity wall insulation, but campaigning groups and politicians alike are expressing concerns that previous schemes have led to work failing to be done to required standards.

Speaking on the BBC’s Today programme, Darren Jones MP, chair of Parliament’s business select committee, expressed concern about how people who take up the grants will be protected from poor quality work on cavity wall installation.

He gave examples of work done under previous government programmes which had in some cases left homes ‘uninhabitable’ due to damp problems. In many cases clients had been unable to get any redress from the companies who did the cavity wall insulation work, some of which had since gone out of business.

Darren Jones has written to ministers asking what consumer protections will be available to people taking up the offer of cavity wall insulation work under the green Homes Grant scheme.

Meanwhile, campaigner Pauline Saunders, from the Cavity Insulation Victims’ Alliance, CIVALLI, has taken the plight of thousands of CWI victims to the Welsh Assembly, describing the situation as ‘a panto with many villains.’

Campaigners claimed that up to a million homes much be affected, with over 300 in Preston alone suffering after contractors used polystyrene blocks covered in pebble-dash rendering instead of approved cavity wall insulation methods. Rainwater seeped in before becoming trapped in brickwork, causing damp and mould throughout the properties.

In 2014, the company behind the main insulation scheme, InterGen, was ordered by energy regulator OFGEM to repair 62 homes at a cost of around £1.5million, but OFGEM later admitted that the cavity wall insulation problem was much more widespread than it had thought.

More than eight million homes have been insulated over the past 20 years under a range of government-backed schemes to cut carbon emissions and reduce bills. Many have had cavity wall insulation retrofitted, rather than done externally.

See also: Government Announces Green Grants of up to £5,000 for Homeowners

The government scrapped the Green Deal in 2015, while saying: “Energy-efficiency measures, including cavity wall insulation, need to be installed to a high standard for the benefits to be realised, including cheaper energy bills and warmer homes.”

The new Green Homes Grant scheme will fund improvements such as home insulation and new boilers, with homeowners applying for a voucher of between £5,000 and £10,000 to help with the cost of the work.

Cavity wall insulation involves injecting wool, foam or beads into the cavity between the exterior brick wall and interior wall by drilling holes in the brick. It is meant to make homes warmer and cut energy bills, but some experts say that it undermines the original intention of the cavity, which is to circulate air around the structure.

Campaigners say that more than 13 million homes in the UK have had cavity wall insulation installed, but it may have failed in at least 800,000 homes, leading to damp and mould which cause health problems. A common problem is when debris is left in the cavity creating a channel for damp.

While industry-funded body CIGA (Cavity Insulation Guarantee Agency) recognises the problem with many cavity wall installations, and is dealing with 3,000 cases a year, it is not a regulatory body and has been described by campaigners as ‘not fit for purpose’.

The Green Homes Grant scheme was announced by Chancellor Rishi Sunak in July. Costing £2b, it is part of a wider £3bn plan to cut emissions.

See also: Why Taking a Mortgage Holiday Could Affect Your Credit Rating

The Treasury said the grants could help to support more than 100,000 jobs, but Labour said that the plan left out renters, and called for a “broader and bigger” plan to cut carbon emissions.

Under the Green Homes Grant, the government would pay at least two-thirds of the cost of energy-saving home improvements – for example the owner of a semi-detached or end-of-terrace house could install cavity wall and floor insulation at a cost of around £4,000, of which the homeowner would pay £1,320 while the government would contribute £2,680.

Business Secretary Alok Sharma said that the poorest households could receive up to £10,000 towards costs of cavity wall insulation and other measures, and that double glazing would also be covered by the scheme.

He said: “What [the scheme] ultimately means is lower bills for households, hundreds of pounds off energy bills every year, it’s supporting jobs and is very good news for the environment.”

See also: Why You Should Be Collecting and Storing Rainwater

With the Green Homes Grant scheme which offers vouchers for energy efficiency work such as cavity wall insulation launching in September, campaigners are stressing the importance of the quality of the work being guaranteed. Darren Jones MP is calling on the government to ensure that the Green Homes Grant scheme uses only only accredited installers working to specified standards with robust consumer protection practices.