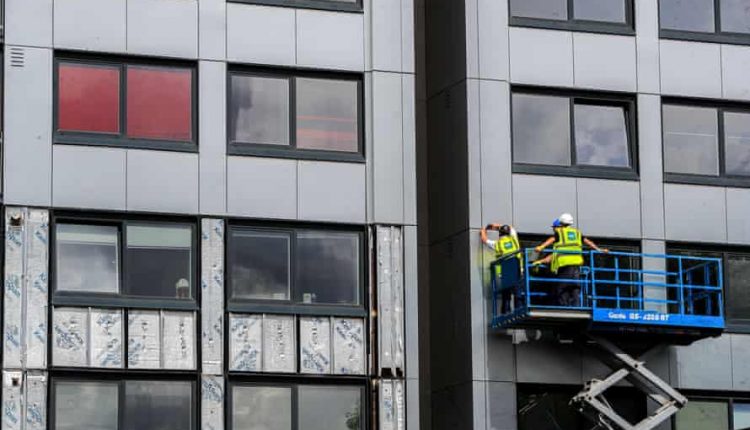 At the second reading of the government’s Building Safety bill, Secretary of State for Housing Robert Jenrick produced a new ministerial statement related to the bill – but MPs had no time to read it before the debate.

The statement contained some major announcements regarding buildings under 18m: that they should no longer need an EWS1 assessment, and that the advice notice which was issued in January 2020 will be amended.

After the 2017 fire in Grenfell Tower, west London, in which 72 people died, thousands of blocks of flats were found to be covered in dangerously inflammable cladding.

Work to remove the material and to fix other safety issues meant that many residents were charged thousands of pounds, often leaving them in negative equity and unable to sell their property.

See also: What is the Future for Grenfell Tower?

He said in a speech to MPs that the review had resulted in five recommendations to stop what he called the “disproportionate reaction” of lenders to the cladding crisis. Key among them are that the EWS1 form, which assesses the safety of external cladding, should not be a requirement on buildings below 18 metres.

Previously lenders were requesting the safety form and many properties were failing due to concerns about cladding, leaving leaseholders trapped and forced into expensive safety measures such as “waking watches”.

Major mortgage lenders such as HSBC UK and Barclays say they support this position and that they will review their practices on the process following the recommendation from the expert panel. But Labour called the height-based stipulation “arbitrary”.

and the Government’s statement here:

The government describes the statement as “A significant step forward for leaseholders in medium and lower-rise buildings who have faced difficulty in selling, anxiety at the potential cost of remediation and concern at the safety of their homes.”

The news has been cautiously welcomed by End Our Cladding Scandal groups. A statement said:

“We cautiously welcome today’s shock government announcement on EWS1 and the need to inject some much-needed common sense into how building safety is being handled for low- and medium-rise apartment buildings; a true and proportionate risk-based approach is something we have been calling for since we relaunched our campaign.

“But we have been here before. In November, MHCLG triumphantly announced that blocks with ‘no cladding’ would not require EWS1 certification. It took just hours for the news to be shot down by UK Finance, which represents mortgage lenders, and the Building Societies Association, both of which said they had not given their sign-off. Some 450,000 leaseholders — despite the headline-grabbing press release — were not freed in the end.

“In March, the Government heaped praise on RICS for its updated guidance note on valuing cladded buildings and pinned its hopes on a collateral assessment somehow being one that would assess risk to life — yet again, this reliance on industry to solve this crisis failed. At every turn, the Government has sought to find solace in the market even though it has been abundantly clear for years that the only body truly capable of ending this nightmare is the Government itself.

“As many as three million leaseholders now live in flats that are unsaleable and unmortgageable — with just one in ten buildings thought to pass EWS1 checks — as much as Robert Jenrick, Dame Judith Hackitt and other experts like to tell us otherwise. Having spent years dealing with the way this Government tries to pull the wool over our eyes, we fear this may only be another face-saving exercise to try to stop more and more Conservative MPs from taking action against their self-styled party of home ownership from letting leaseholders pick up the tab for collective state and industry failure.

“We must also note how the MHCLG press release initially stated that a report had found ‘no systemic risk of fire in flats under 18 metres’ but has now been changed to a less easily dismissed ‘major intervention from government and lenders’. The MHCLG spin machine is clearly hard at work, but we need actions not caveated false promises and claims that the misery and limbo we have been trapped in for years will now automatically come to an end.”

Campaigners brought attention to the last paragraph of Robert Jenrick’s statement, which said: “In the very small minority of cases where remediation works are identified in 11m – 18m buildings as part of the normal statutory requirement for buildings to have an up to date fire risk assessment, I can reaffirm that leaseholders will be protected from unaffordable costs by a generous financing scheme through which their monthly cladding repayment costs will not exceed £50.”

In response, one Twitter comment read: “Perhaps you won’t need an #EWS1 below 18m soon but you will need an external wall risk assessment (all heights) from later this year to comply with the Fire Safety Act. Ergo your announcement is somewhat disingenuous”.

Campaigners fear that the new government statement may be a case of ‘smoke and mirrors’ as the Ministry of Housing, Communities & Local Government attempts to manage the news cycle and calm a rebellion by Conservative MPs, rather than actually dealing with the problem.

Your Summer Garden Could be Toxic to Your Pets

Maternal Mental Health During the Pandemic – What Can We Do To Help?