New research shows Brits spend over £3.9bn on trying to kick start a healthier lifestyle in January, despite most resolutions only lasting until the end of the month 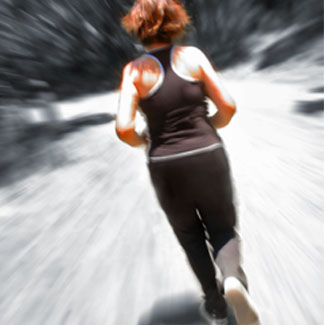 Every year January looms into view with a frenzy of resolutions, detoxes, personality plans leading to a doubling of the numbers of people running and biking on their Saturday mornings, full gym classes and a flurry of health club registrations, well for a while at least until those chocolate bars start looking oh so appealing again.

However these positive changes hit the pounds in both senses, they might result in losing the post-Christmas weight but they can also hit the bank balance too as Brits spend to try and kick start a healthy lifestyle, despite most New Year regimes only lasting until the end of the month. For those starting a regime for a newer, better, and most often slimmer, result the expenditure includes an average of £67.40 on gym membership, £66.16 on new gym equipment, a further £56.34 on boot camps, £75.69 on healthy foods, £55.86 on diet clubs as well as £59.44 on fitness apparel – well why not look your best – with the under 25 and 25-34 groups spending, on average, £101.41 and £100.73 each.

With research indicating that, contrary to tradition, September is the best time for making resolutions – with the patterns of new beginnings being ingrained from the days of new academic years – you might as well indulge for a few more months. By making a resolution in September you stand a chance at making real changes, with the added benefit of an emptier gym, and even starting 2011 basking the glory of the new you rather than hiding in a haze of self-indulgence.