Brits not happy with Christmas presents

According to a recent survey Christmas isn’t the season of goodwill, but instead ‘tis the season to be down right grumpy and ungrateful – especially when unwrapping your presents 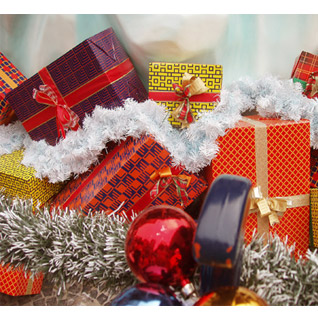 A poll of 1,000 people commissioned by leading health care cash plan provider, Sovereign Health Care, revealed that underwhelming Christmas gifts are the biggest cause of festive arguments and sulking.

Over three quarters (76 per cent) of those surveyed admitted that this year they plan to recycle unwanted gifts. And while a small number claim their ‘re-gifting’ is a way to save cash, the majority (62 per cent) say it’s as pay back for being given a disappointing present in the past.

Eighty per cent of people have said they have felt cheated by some Christmas gifts they’ve received and wished they hadn’t bothered. And a further 60 per cent admit to exchanging at least five unwanted presents each year.
Almost half (45 per cent) of those asked in the survey wish they could be given cash to buy their own Christmas gifts.

But before we all rush out to start our Christmas shopping, what are the gifting faux pas we should avoid this year?

Five per cent claimed that a poor gift at Christmas marked the end of a relationship and 12 per cent said that they had argued about a underwhelming present had caused a festive argument.