Breastfeeding, humankind’s most natural undertaking, is a key part of the mother/baby bond. But breastfeeding in public is still a touchy subject in Britain. Celebrity Angels delves into the issue. 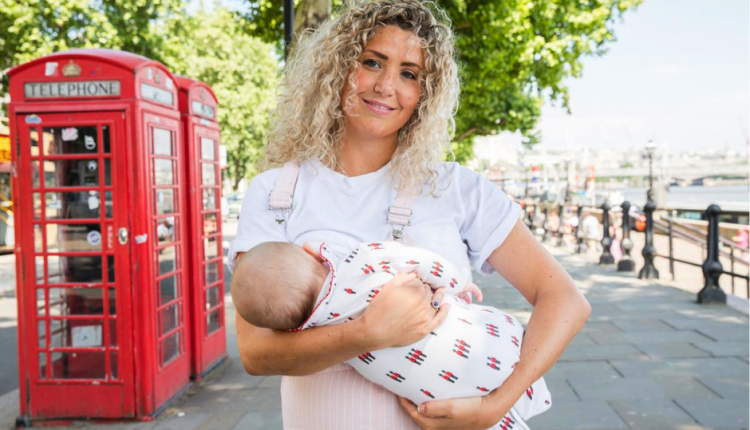 Britons are prudish by nature. It’s in our blood. But this attitude can lead to the stigmatisation of breastfeeding—especially in public.

The most natural act in the world—a mother compassionately nourishing her child—should be celebrated. Instead, many women are hesitant to breastfeed in public for fear of censure or embarrassment.

A government study found that although 72 percent of the British public outwardly supported public breastfeeding, more than half of breastfeeding mums took steps to cover up and 34 percent felt embarrassed and uncomfortable.

These figures are indicative of Britain’s breastfeeding conundrum—a paradoxical public perception. Namely, most of us support breastfeeding in public, yet we aren’t comfortable seeing or doing it ourselves. Perhaps surprisingly, more women than men found public breastfeeding awkward, according to Lansinoh’s research.

Why are women uncomfortable with breastfeeding in public?

Every woman in the UK has the fundamental right to feed her baby whenever and wherever her baby is hungry. There are laws under the Equality Act 2010 to protect breastfeeding mothers. However, many women are still self-conscious about breastfeeding in public.

Travelling With Baby After Lockdown

The reasons for our perceptions on breastfeeding in public are multi-faceted and complex. They probably stem from our reserved British mentalities. From wherever they derive, these views are not helpful or healthy—because breastfeeding your baby gives it the best start in life.
Breast is best

According to the World Health Organisation (WHO) and UNICEF—who issued a joint 10-step plan to increase support for breastfeeding in April 2018—there are a number of reasons why ‘breast is best.’

WHO and UNICEF claim breastfeeding all babies for the first two years would save the lives of more than 820,000 children under the age of five annually; breastfeeding is vital to a child’s lifelong health, and reduces costs for health facilities, families, and governments; breastfeeding within the first hour of birth protects newborn babies from infections and saves lives.

Infants are at greater risk of death due to diarrhoea and other infections when they are only partially breastfed or not breastfed at all, WHO and UNICEF maintain. And, they say, breastfeeding also improves IQ, school readiness and attendance, and is associated with higher income in adult life. It also reduces the risk of breast cancer in the mother.

Furthermore, babies must form an early attachment to their parents, because it helps them develop later in life. If they are not able to breastfeed, these vital attachments may be at risk.

For these reasons, it is vital we, in the UK, normalise and encourage breastfeeding—whether it’s behind closed doors or in public.

How can we tackle our prudish perceptions?

In response to the 10-point action plan released by WHO and UNICEF, Lansinoh launched its Feed with Confidence Awards in 2017.

‘Breastfeeding is an incredibly important part of relationship building between mother and baby and we’re committed to helping and supporting mums who choose and are able to breastfeed,’ explains Kevin Vyse-Peacock, Lansinoh Laboratories CEO.

‘The Feed with Confidence Awards 2017 received hundreds of nominations from across the UK.

Below is a map showing the top 10 breastfeeding places nominated in the UK in 2017.

Campaigns like the Feed with Confidence Awards go a long way towards changing public perception. But social change is slow and gradual—not an instant quick fix.

However, with an open mind and positive reinforcement, we can all work towards empowering women to give their babies the best possible start in life.

Top tips for breastfeeding with confidence

Below are some breastfeeding tips to help mums when they are out and about:

The Best Baby Equipment For Travelling in Safety

The Organic Approach to Baby Nutrition

Caring For Your Baby’s Skin – The Natural Way

Don’t Let Sibling Rivalry Get The Best Of Your Family