New research today indicates that, around the home, 75% of people are addicted to procrastination. Leaving jobs incomplete, such as cleaning the oven and fixing an irritatingly slow computer, is driving our stress levels through the roof according to computer upgrade website, Crucial.com. The fallout of our ‘procrastination nation’ includes 71% of Brits surveyed admitting they are often plagued by the burden of unfinished tasks. 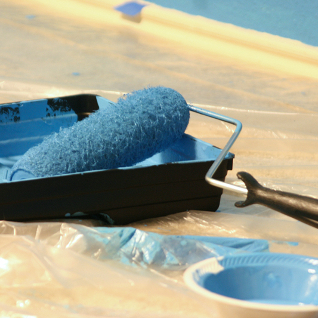 Many jobs around the house are small and easy to remedy, yet many of those surveyed actively ignore the issues. By doing so, they admit that they are provoking regular arguments with partners. In fact, over a quarter of Brits surveyed find themselves arguing about unfinished tasks around the home at least once a week, and one in eight fight daily with their partners due to ‘procrastination pains’. Men admit they just wish their partner would stop bringing up the subject (31%) or could be more understanding (27%), while women overwhelmingly want their men to be more helpful (42%) or take control of the situation (27%).

In addition to the increase in stress and the arguments caused, leaving jobs unfinished impacts on self-esteem, with one in five Brits surveyed left feeling guilt-ridden and wishing they were more proactive. Additionally, more than a third of respondents admit being left with a sense of dread, yet many jobs still remain incomplete for a considerable length of time. The majority (58%) of those surveyed admit that some jobs have been left undone for over six months. A third have jobs still uncompleted after a year, 20% for a staggering two years, and one in 10 suffers for in excess of five years.

Many Brits surveyed also admit that they are most likely to kick themselves if they leave money problems or computer frustrations unresolved. Managing debt may not have a simple solution but a slow computer problem can be resolved in as little as ten minutes.

“I can sympathise with people who find they put off upgrading their computer when it is slow to boot up, close down and run multiple programmes. However, this is one of the easiest jobs around the home to rectify. Once you put your mind to upgrading your computer memory it takes just minutes and really can make a huge difference in your day and your home life,” said Roddy Mclean, a computer upgrade expert from Crucial.com.

When asked about the underlying causes behind the respondent’s procrastination, the results were surprising. Although many of the Brits surveyed refer to tiredness and a lack of time, the most common reason cited by respondents for not completing these simple tasks is simply prioritising the things we enjoy (48%) over completing jobs which would make our domestic lives easier.

Householders prude not rude in the bathroom