Healthy food isn’t just good for the body; it’s great for the mind too—we uncover the link between nutrition and brain health. 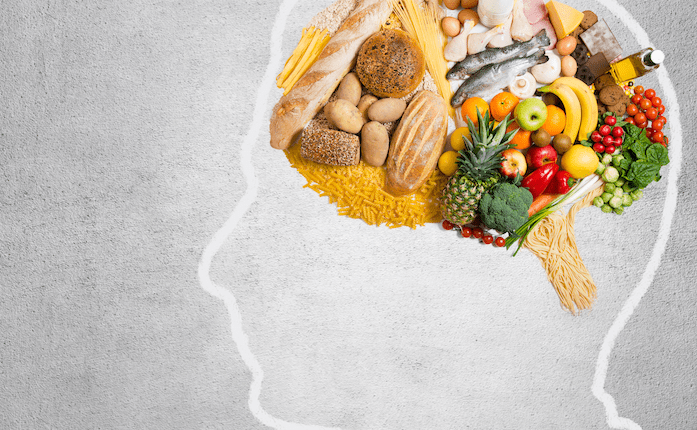 These days, increasing numbers of healthcare professionals are asking about their patients’ diets. Traditionally, healthcare professionals have not drawn the link between nutrition and brain health. But new studies suggest diet may shape cognitive performance and help combat degenerative diseases of the brain. Research published in Alzheimer Disease indicates panax ginseng is clinically effective in the cognitive performance of Alzheimer’s patients. A very large body of evidence now suggests diet is just as important to brain health as it is to physical health.

Until recently, the idea of brain nutrition was barely credible in the healthcare world. Aside from a few studies examining how omega 3 fatty acids may balance mood, research on the topic was thin on the ground. But new investigations show certain natural ingredients, such as antioxidants, B vitamins, acetyl l-carnitine (alcar) and zinc can improve cognitive function and mental agility.

According to award-winning nutritional therapist, author and broadcaster Christine Bailey, ‘[this] range of vitamins, minerals and other nutrients [is] known to help with focus and concentration and with energizing our body and our brain.’

Our brains only use around 20 percent of the oxygen contained within our bodies, making us highly susceptible to free radical damage. But according to Parkinson’s UK, antioxidants (like those found in green tea) can negate this adverse impact and protect the brain from ageing. Further research, showed that EGCG, the principal bioactive component found in green tea, induces a reduction in the accumulation of Aβ—the main components crucially involved in Alzheimer’s disease syndrome. However, unless we consume large quantities of fresh fruit and vegetables or green tea each day, we are unlikely to get enough of the antioxidants we need to prevent premature ageing of the brain.

An investigation from the British Medical Bulletin states antioxidants via concentrated supplements could be a viable option. Consuming supplements with matcha green tea—which has higher levels of EGCG compared to normal green tea—could also help boost brainpower and slow down degenerative brain diseases.

Found in asparagus, alcar is a mitochondrial energy optimiser, supporting energy production at the cellular level. Alcar is a powerful antioxidant that protects brain cells and neurons. Categorised as a nutraceutical (a combination of the words nutrition and pharmaceutical), alcar is believed to be a potent brain-booster, improving clarity of thought, focus, mood and memory.

The phenomenon known as ‘brain fog’, whose symptoms include confusion, forgetfulness and lack of focus and mental clarity, could be caused from a vitamin B12 deficiency. Three B vitamins—folic acid (B9), B6 and B12—when taken together can help strengthen your brainpower. Trials are currently underway which could solidify the theory that a lack of these vitamins may be linked to dementia and Alzheimer’s disease.

The health properties of zinc are well-known. But aside from improving skin conditions and playing a role in healing wounds, scientists now believe zinc may play an important part in memory formation and cognitive stability. Zinc advances communication between the neurons and hippocampus—a major component of the brain—and may also prevent cognitive decline in those over 50.

Another study, published in the British Journal of Nutrition, found significant benefits of both 15 and 20 milligrams of zinc on cognitive function in healthy middle-aged men and older adults.

A New Treatment for Periodontal Disease

The Fight Against Antibiotic Resistance