Read about the largely unknown link—that, until recently, leading healthcare professionals were not making—between brain health and brain nutrition. 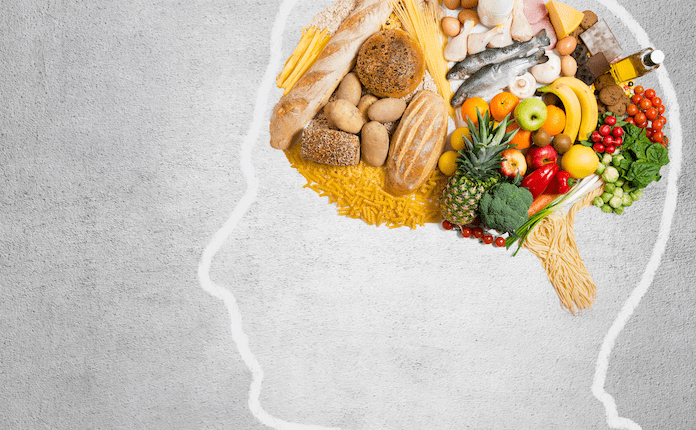 New studies suggest diet may shape cognitive performance and help combat degenerative diseases of the brain. For example, research published in Expert Review of Neurotherapeutics suggests that a Mediterranean-type diet is associated with decreased cognitive decline. In fact, a very large body of evidence now suggests diet is just important to brain health as it is to physical health.

Until recently, the idea of ‘brain nutrition’ was a novel concept in the healthcare community. Aside from a few studies examining how omega 3 fatty acids may balance mood, research on the topic was thin on the ground. But new investigations reveal certain natural ingredients—such as antioxidants, B vitamins, acetyl l-carnitine and zinc—can improve cognition function and mental agility. There are also other helpful nutrients now available, classed as ‘natural nootropics’ including choline, ginkgo biloba, panax ginseng and curcumin, which can have beneficial brain performance effects.

People who drink green tea one to six days a week have less mental decline and a lower risk of dementia than non-green tea drinkers. The epigallocatechin-3-gallate (EGCG) in green tea is a powerful antioxidant. The drink also contains theanine, an amino acid that crosses the blood-brain barrier and has beneficial properties. However, unless we consume large quantities of fresh fruit and vegetables or green tea each day, we are unlikely to get enough of the antioxidants we need to prevent premature ageing of the brain.

An investigation from the British Medical Bulletin states antioxidants via concentrated supplements could be a viable option. Consuming supplements with matcha green tea—which has higher levels of EGCG compared to normal green tea—could also help boost brainpower and slow down degenerative brain diseases.

When the kidneys produce the amino acid, l-carnitine, part of it is acetylated into alcar. Alcar is like an antioxidant for the brain that helps to keep it clear of ‘brain fog’. It also helps boost brain cells and raise metabolism, which increases alertness and cognitive function. That is what makes alcar a nootropic.

Does Your Body Need A Summer Detox?

Trials are currently underway, at the University of Oxford, which could solidify the theory that a lack of B vitamins may be linked to dementia and Alzheimer’s disease. B vitamins help boost mental clarity and help rid the brain of ‘fog’. Symptoms of brain fog include confusion, forgetfulness and lack of focus and mental clarity.

The health properties of zinc are well known. But aside from improving skin conditions and playing a role in healing wounds, scientists at the University of Warwick now believe zinc plays an important part in memory formation and cognitive stability. Zinc advances communication between the neurons and hippocampus—a major component of the brain—and may also prevent cognitive decline in those over 50.

Other helpful ingredients include choline (which can be found in broccoli), a nutrient required to produce acetylcholine, a neurotransmitter that plays an important role in regulating cognitive processes, mood and intelligence. Also, ginkgo biloba, which is an incredibly popular supplement that many people take to boost their brainpower. And panax ginseng, which is a herbal remedy from China and has a reputation for stimulating brain function and increasing energy. Finally, curcumin, which has been the subject of a recent BBC documentary and a groundbreaking clinical study linking it to beneficial effects on brain function.

If you have ‘brain fog’, lack of concentration or low mental energy, BrainZyme® can help. BrainZyme®, the UK’s first Nutritional Cognitive Enhancer (NCE), is a brain food supplement with scientifically proven and natural-sourced ingredients.

These capsules start to work quickly, in under one hour, and can help support your ability to think clearer, boosting concentration and providing nutritional energy for your brain and body. BrainZyme® offers three formulas: The Original formula is milder and designed for students. The Professional formula is stronger—for those with work pressure. The Elite formula is the most advanced one—delivering concentration together with a positive mood lift. BrainZyme® is available from Weldricks Pharmacies or from www.brainzyme.com.

Dear Doctor Special Offer: Get 10% off your order!

Option 2. Email us at: .(JavaScript must be enabled to view this email address)