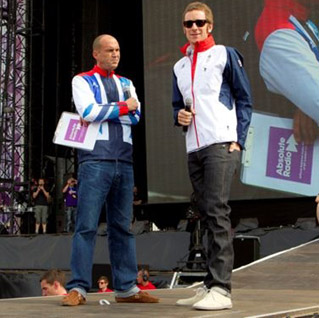 In addition to appearances from sporting legends, BT London Live is broadcasting all the key Olympic sporting action on five giant screens, courtesy of the BBC, and also showcasing a huge range of artists presented by Absolute Radio and Magic . Artists performing at BT London Live have included McFly and Saint Etienne.