Biting Bugs: All You Need to Know About Midges and Mosquitoes 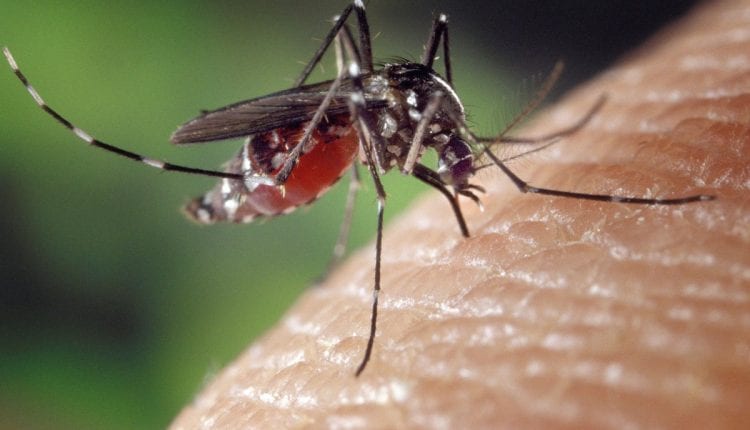 It’s the season for flying insects, so we asked the experts for advice on how to recognise and deter them

• What are the differences between midges and mosquitoes?

Midges and mosquitoes are frequently confused with each another but they are actually very different. Midges are tiny, stubby-winged flies, often seen swarming, with mosquitoes being more solitary, slender, long-legged flies, living near water. Females of both feed on blood; mosquitoes use a long needle-like “proboscis” to silently suck blood from capillaries, whereas midges have serrated mouthparts, cutting a painful hole in the skin to feed from. Midges are mainly known as biting nuisances, whereas in some parts of the world mosquitoes can transmit some life-threatening diseases to humans. Finally, you’ll mainly come across midges at dawn and dusk, whereas mosquitoes can be active at all times of the day and night.

• What’s the lifecycle of midges and mosquitoes?

Midges and mosquitoes both have four developmental stages – egg, larva, pupa and adult. Midges lay their eggs on vegetation or animal dung, whereas mosquito eggs get deposited in water. Hatching larvae feed on organic matter before totally reorganising their bodies in the “pupa”, emerging within 24 hours as adults. It’s then time to mate and feed. Males use sound to locate females and die soon after mating. Females feed on blood to mature their eggs (males only drink plant juices), laying several egg batches from one mating.

The biggest difference is that being larger and mainly living in warmer climates where development is quicker, mosquitoes do everything in a bigger, faster manner – more eggs, faster larval development and multiple cycles, whereas midges restricted to cooler areas (like Scotland) are only active during the short summer months, with the larvae hibernating in the soil for the rest of the year.

• Why are midges and mosquitoes attracted to humans?

Female midges and mosquitoes need blood proteins to grow their eggs; usually from large, warm-blooded animals, with humans making a perfect tasty treat. The insects have hundreds of scent receptors on their antennae and mouthparts, detecting tiny increases in carbon dioxide around them – they can detect a human breathing from up to 100 meters away! Once detected, other signals such as body odour, humidity, colour and movement guide the insects in. A panicked, sweating human trying to take cover makes a perfect target. Midges have an additional weapon; having found a blood meal, a female pheromone summons their pals – one becomes thousands very quickly.

• Is it true that some people are more prone to being bitten than others?

People react differently to bites but yes, some appear more attractive than others. Midges and mosquitoes love large, warm, damp, smelly, moving bloodmeal hosts. The amount of CO2 given out is key; why you often get bitten whilst exercising, particularly as you’ll have a higher body temperature. Pregnant woman may also be more susceptible for these same reasons. Compounds in skin and sweat vary individually, depending on genetics, skin-surface bacteria, diet and health and they influence whether or not you are bitten. Evidence suggests that the insects prefer the compounds in type “O” blood over other blood groups and if you are a beer drinker, the increased ethanol in your sweat is a super mosquito attractant.

• What are the dangers presented by midges and mosquitoes?

Midges and mosquitoes can act as “vectors”, transmitting diseases between their bloodmeal hosts in their saliva as they feed. Although there are no known human diseases transmitted by midges, they are important vectors of some serious animal diseases (sheep, cattle, horses) but not currently in the UK. Mosquitoes, on the other hand, can transmit some of the most serious diseases of humans, including malaria, West Nile virus and Zika. This is normally in tropical and sub-tropical areas where the mosquito populations are active for larger proportions of the year, unlike in the UK, where they die out in the winter, which would stop any transmission cycle.

• In what parts of the world are midges and mosquitoes mainly found?

Midges are infamous in Scotland but you can actually find them pretty much anywhere, apart from the very coldest parts of the world. Scandinavia, Europe and North America all have midge problems during the warmer months. Iceland recently had a huge midge outbreak that affected the whole country. Mosquitoes are well known for being a nuisance in tropical and sub-tropical areas such as Africa and southern Europe. However, they are very adaptable and some species thrive in cooler areas, including the UK. Currently, British mosquitoes are not a public health concern and are far less common than midges and other biting insects or ticks.

• What sort of habitats do midges and mosquitoes favour?

Midges prefer damp habitats rich in nutrients for their larvae to develop in. Some species that feed mainly on livestock congregate around farmland, laying their eggs in animal manure. Others, like the commonest biting midge in Scotland, are mainly associated with peaty soils, with the areas often dominated by grasses, rushes, lots of moss and bracken, where the adult midges shelter. Mosquitoes can survive almost anywhere, making use of a wide range of permanent and temporary water sources to lay their eggs in, from containers, to ditches and larger bodies of both fresh and salt water.

• What time of year and time of day are midges and mosquitoes most active?

This varies around the globe. Most biting midges are very seasonal, emerging late spring and being active into the autumn, followed by overwintering as larvae in the soil. The “midgiest” months in Scotland are June – August, just when everyone’s on holiday! Peak biting activity occurs at dawn and dusk but in dull, overcast weather midges can be active all day. Mosquitoes are a bit more complicated. Certain species come out during the day (e.g. Zika-transmitting Aedes mosquitoes); others come out at night (e.g. malaria-transmitting species). UK mosquitoes are seasonal, similar to midges but in tropical areas, mosquito activity follows the rainy seasons, with a variety of ingenious methods for surviving the dry seasons.

• What are the basic precautions we can take to ward off midges and mosquitoes?

Unfortunately, a hungry midge or mosquito ignores old wives’ tales such as eating garlic, marmite or even bananas. Knowledge is key; are you going to Scotland where midges might be a nuisance or travelling abroad where disease transmission by mosquitoes could be important? If the latter, visit your GP or pharmacist in plenty of time for specific health advice. When out and about, cover up (no shorts or t-shirts) and wear loose-fitting clothing, as insects can easily bite through tight clothes. If you are in tropical areas you might be advised to sleep under an insecticide-treated net and wherever you are, a good repellent used on all exposed skin should be the first line of defence.

• What are the best types of repellent for midges and mosquitoes?

UK health bodies recommend only repellents which contain one of the three active ingredients: DEET, Picaridin and lemon eucalyptus extract. DEET was developed during the 2nd World War for the US army, whereas Picaridin (also known as Icaridin and Saltidin®) is a much newer molecule, derived from black pepper. The World Health Organisation has confirmed that 20% Picaridin repellents are as or more effective than DEET and they don’t melt plastic! It’s important always to check the age range for branded products, plus their suitability for pregnant women if relevant. A skin-applied repellent should always be the number-one choice; there is very little science behind claims that repellent-impregnated wrist bands can be effective protection when used alone.

These responses were prepared by APS Biocontrol Ltd; a Dundee-based company with more than 40 years combined experience of working on biting insects, led by an internationally-recognised entomologist, Dr Alison Blackwell. The company is behind the much-used online Scottish Midge Forecast and also produces the very popular Picaridin-based insect repellent, Smidge®; details of both can be found at www.smidgeup.com