“I need my beauty sleep” – chances are we’ve all said or heard someone say that, but it turns out there might be something to it, say scientists 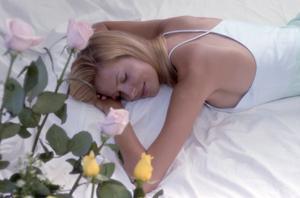 John Axelsson from the Karolinska Institution in Sweden led the research into studying the relationship between sleep and beauty/good health. Involved in the experiment were 23 participants aged between 18 and 31, as reported in the British Medical Journal.

The group had their photos taken between 2pm and 3pm on two separate occasions, once after having a normal night of sleep and another where they deprived of sleep. Impartial observers were then asked to rate their attractiveness.

Smokers were not allowed to participate and alcohol was banned two days prior to the beginning of the studies.

The photos were taken in a well-lit room with each participant having to keep their expressions relaxed. No make-up was permitted, hair was kept loose and all underwent the same cleaning methods and shaving procedures.

Sixty-five observers, each unaware of the beauty sleep experiment, were involved in the process of rating the subjects on the basis of their attractiveness, and whether they looked healthy/unhealthy or tired/not tired.

Surge in men having lipo