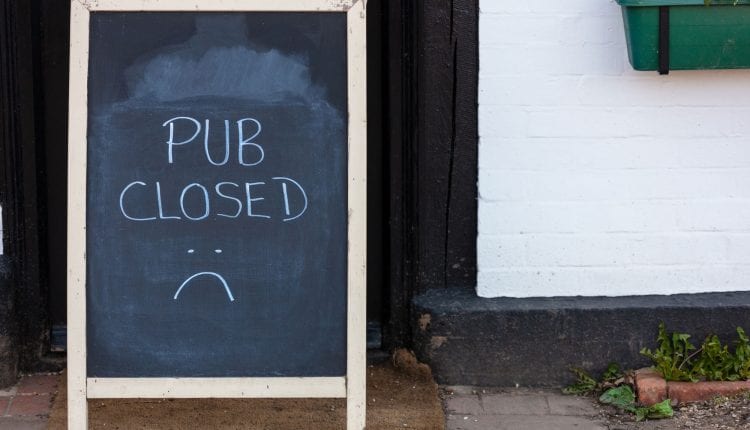 The government has responded to worsening rates of coronavirus infection by backtracking on its advice that people should return to work if they can. There are also new limits on opening times for hospitality venues and increased fines for flouting social distancing regulations.

Prime Minister Boris Johnson says that the government will spare no effort but, if things don’t improve, the measures could last for six months. “This virus is a fact of our lives and I must tell the House and the country our fight against it will continue,” he said. He added that he refused to listen to those who say “let the virus rip”, or those who want a permanent lockdown, but wants to take “decisive and appropriate steps to balance saving lives with protecting jobs and livelihoods”.

He further said it is “tempting to hope the threat has faded and seek comfort in the belief you have avoided the virus so far so are somehow immune. But that type of complacency could be our undoing.”

Michael Gove said on BBC Radio 4 ‘s Today programme that the government was aiming to strike “a balance”, which “takes account of human character”.

“The 10pm closing time is not the only measure the prime minister will be announcing… it’s part of a package of measures, but the evidence is that social mixing can encourage the spread of the virus,” he said.

In March, government advice was to leave your home for only four reasons, one of which was for “travelling to and from work, but only where this is absolutely necessary and cannot be done from home”.

By May, the message changed to: “Anyone who can’t work from home, for instance those in construction or manufacturing, should be actively encouraged to go to work.”

The advice changed again in August, when the official line was “Instead of government telling people to work from home, we are going to give employers more discretion, and ask them to make decisions about how their staff can work safely”, and a campaign was launched to encourage people back to the workplace.

At the same time the government recognized that “Working from home has been pleasant for those with large homes and gardens, but not for those living in cramped, overcrowded accommodation”.

By September 17th the Office for National Statistics said that 62 percent of workers were once gain commuting to their workplace, up from 36 percent in May.

But the advice has changed again with signs of a second peak in infections arriving in time for the season of Winter illness, and the government is now asking people who are able to work from home to do so,

While deaths from COVID-19 remain low, accounting for only 1 percent of deaths in England and Wales in the week to 11th September, the rate of deaths is rising rather than falling for the first time since the beginning of April, and there are fears that rising numbers of patients in hospital will inevitably lead to more fatalities.

The government’s chief scientific adviser, Sir Patrick Vallance, has warned there could be 50,000 new coronavirus cases a day by mid-October – leading to more than 200 deaths per day by mid-November – unless action is taken.

Even before the newest national restrictions, about 13.9 million people in the UK were under local restrictions, including early closing times for pubs and a ban on socialising with people from other households.

Aware of the inevitable economic impact of a second lockdown, the government was trying to minimise the action taken to head off a second spike of infection.

But with no sign of a vaccination being available and the track-and-trace system struggling to cope with demand, the new plan is for a two-week ‘circuit breaker’ exercise which should stop the spread of infection without having too bad an effect on the economy.

Worldwide, the number of COVID-19 infections has reached 31.2 million, with more than 960,000 confirmed deaths.

Meanwhile, a team from Bristol University believes it may have found a weakness in the COVID-19 viruses protein ‘spike’ which may make it easier to inject it with antiviral drugs.

The ‘druggable pocket’ in the Sars-CoV-2 structure has been described as a potential ‘game-changer’ making it possible to introduce small-molecule antiviral drugs which would change the structure of the virus and make it harder for it to enter human cells. It could then be destroyed by the human immune system.

The scientists used electron microscopy on insect cells to detect the pockets, which contained linoleic acid, which is used in many cellular functions but cannot be manufactured in the human body.

A similar structural weakness was used to develop strategies against previous respiratory infections, so the researchers hope it will lead to a treatment for COVID-19.

Prof Melanie Welham, executive chair of the Biotechnology and Biological Sciences Research Council, said the study had produced “fascinating findings”, which could be “vital as we seek ways to control and defeat the virus”.

See also: Why Mushrooms Are the Grow-Your-Own Treat for the Whole Family

Elvis has left the building

The news comes too late for visitors to a cancelled Elvis Presley Festival in Porthcawl , who have been warned they will be breaking the law if they still turn up.

The annual festival is held in Porthcawl, in the county of Bridgend, which will go into lockdown at 6pm on Tuesday. Regulations in South Wales say that people need a “reasonable excuse” to leave their county, but people in England aren not prevented from going on holiday, leading to fears of ‘lockdown tourism’.

The Elvis Festival, which had been due to be held this weekend, usually attracts about 35,000 fans and 100 impersonators, but has been scrapped due to the coronavirus pandemic, with people who had booked being told they should not visit the borough.

Bridgend council leader Huw David said: “There will be no Elvis here meeting them, they will be met by South Wales Police force and action will be taken against people who break the law.”

See here for more details on how the government has responded to worsening rates of coronavirus infection by backtracking on its advice that people should return to work if they can, and with new limits on opening times for hospitality venues and increased fines for flouting social distancing regulations.