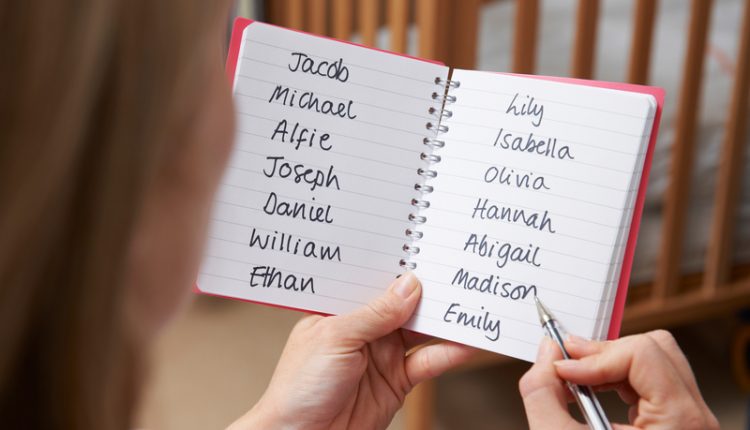 Official birth data released today from the Office for National Statistics showed that Olivier and Olivia remain the most popular baby names in England and Wales, topping the table for the fifth consecutive year.

The names of the Duke and Duchess of Sussex’s son, Archie, also moved up the table, moving from 19th to ninth, while 2,944 newborns named Archie in 2020, up by 400 from the previous year.

In the past two decades, the boy’s name of Arthur and Noah have risen significantly with both rising over 200 places in the ranks and entering the top 5 in 2017 and 2019, while the name Ivy has also experienced significant increases in the girl’s charts in the past decade, climbing up 221 places and reaching sixth in the most popular girls names in England and Wales for 2020.

In spite of Oliver being the top boys’ name for England and Wales, regionally it was only top in the North East.

The most popular name in the world, Muhammad, continued to assert its dominance as it was top in four regions of England with other names such as Arthur top in three regions.

Separately in Wales, Noah was the most popular name for a newborn baby boy but only figured at fourth when combining both Wales and England.

The name ranked lowest on the table was Jac, ranking at 420th in England and Wales, however it was the most popular name in the area of Ceredigion in Wales.

Sian Bradford, of the ONS, said: “Oliver and Olivia held on to the top spots as the most popular boys’ and girls’ names in 2020 but some interesting changes took place beneath them.

“We continue to see the age of mothers having an impact on the choice of baby name.

“Archie jumped into the top 10 boys’ names for the first time, driven by younger mothers as well as the obvious royal link, while on the girls’ side, Ivy rose to sixth place.

“Popular culture continues to provide inspiration for baby names, whether it’s characters in our favourite show or trending celebrities.

“Maeve and Otis, characters from the popular programme Sex Education, have seen a surge in popularity in 2020, while the name Margot has been rapidly climbing since actress Margot Robbie appeared in the popular film The Wolf Of Wall Street.”

The name Nigel is “officially extinct” as a baby name according to the ONS which did not record a single child being given the name in 2020.

The ONS data also revealed that the name Carol is “extinct” too. There is a slim chance that two young Nigels and Carols may have been born last year though, as the ONS only records a name if three or more children are called that name, for data protection purposes.

SEE ALSO: Paul McCartney Exposes Who “Instigated” The Breakup of The Beatles