Babies in the Office – Equal pay, a place in the boardroom and a baby at work, possible or not?

In an age where modern women are fighting for equal pay, directorships and a place in the boardroom, is taking a baby into the workplace the next natural step? Can women finally have it all? 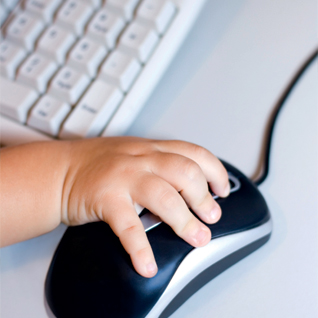 Last summer, the BBC aired a social experiment documentary, Babies in the Office, in which Addison Lee allowed its staff to bring their children into the Euston HQ for one month. Controversial or not, the response from the general public was rage. Was Addison Lee pulling a publicity stunt to get attention? If so, busy mothers were still busy, and unimpressed.

The experiment was another voice in the debate asking: can women really have it all – marriage, career, children – and have it all successfully? Celebrity mothers like Victoria Beckham, who has four young children and often takes her one-year-old into work, make this notion appear a simple one. Pictures of Victoria holding baby Harper at a press conference and taking her shopping – in between meetings – present an ideal picture for the “babies at work” argument.

For the general public, this image would be far more persuasive if we all had help from a large team, a designated driver and space for a playmat at the office. The dream scenario, afforded to celebrities, doesn’t apply to most. Having children at work for the majority would be: having to leave earlier for work, sticky broken keyboards, food-stained blouses, crumbs in hair and spiteful glares from childless colleagues – that’s realism. In addition, an element not raised on the BBC documentary is the unspoken truth most parents face; jobs allow mothers a time-out from their children. It gives them a “break” from the screams, tantrums and a chance to pay someone else to deal with it for a day.

Also see: Is breast best? About health benefits for mum and baby and the rules in the workplaces

Two Sides of the Coin
Taking a child into the workplace may be great for a photo opportunity, but is it feasible? Kate Groucutt, Deputy Chief Executive at DaycareTrust, doesn’t seem to think so. She works at the charity to conduct a survey every year of local authority Family Information Services, and finds the most up-to-date costs of childcare in Britain. For 2012, they found the average cost of childcare was over £5,000 a year but bringing children into the workplace is not seen as the answer.’There are occasional examples of parents taking their children to work, but for most workers this would not be practical and would make it difficult for them to concentrate on their job, and would not be enjoyable or stimulating for their children,’ says Groucutt. Addison Lee disagree, ‘Many of the parents in the office were immediately keen; they realised it would provide them with the flexibility of saving on childcare while also bonding with their babies,’ says Clare Mitchell, HR Manager at the London minicab firm. Addison Lee are the first company to do this in the country, and their aim in staging the trial was to ‘boost staff morale, encourage staff loyalty and productivity,’ and ‘it proved to be a huge success for both staff and the business, allowing more flexibility for new parents,’ says Mitchell.

Amanda Holden agrees,’The concept is brilliant.To have a crèche set up in your workplace is amazing. It’s a load off your mind and you know at lunchtime you can go and spend an hour with your baby.’
The other side of the coin is the issue of colleagues without children; why should they have to endure the presence of a child in the office? Parents at Addison Lee were given an area to combat the initial unease, ‘To address these concerns, we set up a separate quiet room for parents to take their child if they are crying to help them settle as well as lessen disruption. We also set up a baby-free zone, so co-workers can request to be in an area away from babies,’ says Mitchell.

Also see: The Working Mother: How easy is the transition from working girl to successful working mother?

On His Seventh Birthday, 10 Things You Didn’t Know…

Schemes
The current study by the Daycare Trust also shows childcare costs now exceed £100 for 25 hours of care in most parts of the country. Since nursery costs in England keep increasing above the rate of inflation, mothers are obviously more reluctant to go back to work and earn for the purpose of paying childcare. ‘Parents should have a genuine choice about the type of childcare they use, and how many hours, without the cost being a barrier.Too many parents find that they are hardly better off by working once they have paid for their childcare,’ says Groucutt. The new scheme could also help with mothers who often feel guilty about having to go back to work and leave their children with strangers. Both arguments are echoed by Amanda, ‘Mums and dads will feel guilt-ridden about having to go back to work and childcare is so expensive these days, so if there is a way employers can set up something, almost like a pension scheme whereby money can be paid in when employees have children and a sum can be taken out to build and maintain a crèche.’

Shellon Beckford, one of the mothers who took part in the documentary aired on the BBC, says that instead of worrying about going into work, she found herself looking forward to it,’Mahdka, my daughter, was just three months old when I returned to work three days a week. I was excited at the prospect of having her with me every day and as a result didn’t feel any of the anxiousness many new mums feel when they return to work.’ If this theory were viable, parents would have the opportunity to watch their children grow without missing any of the key points in development – the first step, first word and maybe even the first time they make a friend.All sounds perfect, but is it really?

The “babies at work” programme is already a tried and tested model in the States as mothers in America are not entitled to paid maternity leave as they are in the UK.’The US now has more than 170 companies running schemes open to various age groups, with more than 2,000 children involved,’ says Mitchell.The scheme, which is already running successfully over there, was devised for parents to bring their babies into work, up until they reach six months old – the age at which they usually start to go in search of adventure and demand more attention. Addison Lee realised they could implement the same as a way to also keep hold of their staff for longer.’For the business, the scheme has allowed for increased staff loyalty and retention rates, ensuring we keep talent, knowledge and experience within the company,’ says Mitchell.’For the parents, it allows for lower childcare costs and enables mothers to return to work more quickly. It also gives mothers the opportunity to continue to bond with, and stay fully tuned into their baby’s needs on a day-to-day basis.’

The alternative for mothers who choose not to take their children into work is: expensive childcare, the age-old “stay at home” question that every parent goes through, or for the lucky few, a daycare nursery at the office. There is also another growing option – childcare collectives.This is a fairly recent phenomenon, again already a successful model in America, allowing parents and un-paid volunteers an option to share the job of childcare within a community group.The most popular route for most mothers is probably all of the above – making use of the choices available, in the quest to do it, and have it all.

The Ten Biggest Box Office Flop Movies Of All Time

As Prince Charles Speaks Out On Food Production, 10 Facts You Didn’t Know About…