Autism – how diet can help

Autism is a lifelong developmental disability that affects how a person makes sense of the world around them. It also affects how they relate to, and communicate with other people. 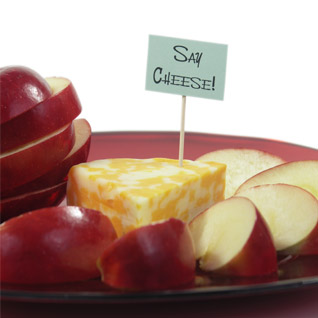 It is considered a ‘spectrum’ condition, meaning that while everyone with autism shares certain difficulties, each case is individual and each person is affected in different ways.

People with autism may also experience over or under-sensitivity to sensory information, such as tastes, touch, smells, sounds, colours or lights.

The causes of autism are currently being researched, but as yet, are not clearly known.
There is currently no ‘cure’ for autism however that doesn’t mean that nothing can be done to help.

Dietary intervention is one of the basic and fundamental changes that can be made, and it can be very powerful indeed. In fact, it has been described for some as ‘the difference between functioning and non-functioning’.

Again, every person’s dietary and nutritional needs will be different but there are some universal basics.

Most therapeutic diets for people with autism start with removing gluten and casein.

Both proteins are very difficult for the human body to digest completely and it is the partially digested protein fragments that usually cause problems.

These protein fragments can disrupt brain and neurological function in several ways. One way, is that sometimes they are structurally similar to opiates, which in the brain affect attachment behaviour, response to stress and pain, motivation and emotion. Another is that they create inflammation in the gut and the body and this inflammation damages tissue, leading to the tissues and organs being unable to function properly.

Specific to autism, many people report removing these proteins from their diet triggered improvements in eye-contact, attention span and general mood. Other improvements may include decreased tantrums, aggression and self-stimulatory behaviour (or stimming) such as rocking or hand-flapping.

Removing gluten and dairy from the diet can seem quite overwhelming, especially to start with, as these ingredients are not just staples of the modern diet; their derivatives are found in all sorts of foods that you might not expect, such as sausages and mustard.

There are many gluten- and dairy-free substitute foods available on the market now and some of these, such as almond milk, make the transition less challenging.

However, as a general rule, processed and packaged foods are not foods that benefit your health, and as such should be minimised.

The best thing to do is to go back to basic cooking, from scratch, using few ingredients and placing emphasis on whole, nutrient-dense foods. And to begin with it may help to focus on mastering just one meal at a time; you could start with breakfasts, and when you feel confident with the change in foods there, move on to dinners and so on.

Robyn is an expert in gluten-reactive disorders (which include autism) and will be lecturing in Chicago on 23rd May. While we can’t offer you a ticket to see her in action in the States, we do have a free consultation with her at her London clinic, up for grabs. This is a fantastic opportunity and a prize worth £225.

For further information on autism and nutrition or to book a consultation with Robyn, contact Flourish Health, 48 Wimpole Street, London, W1G 8SF on 0207 224 2247 or visit online at http://www.flourish-health.co.uk