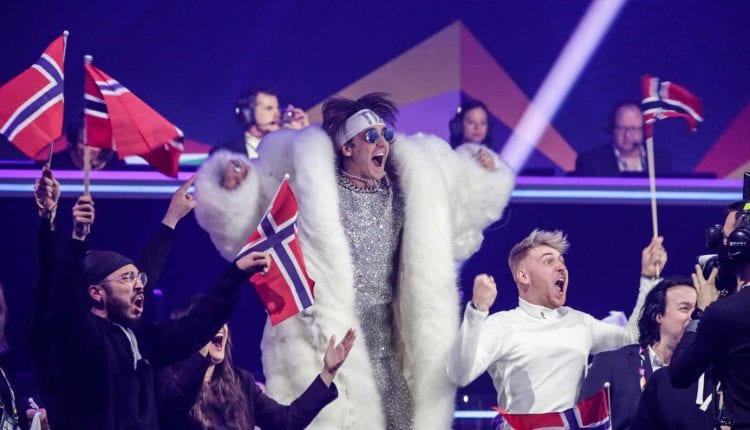 With days to go before the Grand Final of the Eurovision Song Contest 2021, we’re preparing the popcorn and tissues for the return of the ever-popular festival of questionable songs, bizarre performances and mysterious voting systems. Who will win? Who will score nul points? And what excuse will the UK give for failure this time?

With the first semi-final on Tuesday 18th May eliminating some of the contenders, a second semi on Thursday 20th will set the scene for the nail-biting final in Rotterdam on the 22nd May.

So who are runners and riders, and what can we expect from the welcome return to live performance of the Eurovision Song Contest?

The Semi-Final result was determined through a combination of jury and televotes. The televote took place during the live broadcast of the show and the jury cast their vote while watching the second Dress Rehearsal that was held on Monday 17th May.

The 16 participating countries as well as Germany, Italy and the Netherlands, were voting in the Semi Final.

The 10 successful qualifiers will join the Big Five along with the Netherlands in the Grand Final on Saturday 22nd May.

And, of course, with all the joy came a little heartbreak too… the six acts that did not qualify are:

The 20 qualifying Semi-Finalists are joined by the Big Five and our hosts The Netherlands, as the 26 acts battle it out to become the Eurovision Song Contest champions 2021.

The UK entry is James Newman with the song Embers.

In 2013 James won a Brit Award for co-writing the British Single of the Year Waiting All Night, performed by Rudimental and Ella Eyre; this became his first UK Number 1.

It wasn’t long before he co-wrote another UK chart-topper, Blame, this time for Calvin Harris and his younger brother John Newman. The song was a massive hit in several countries including the Netherlands, Sweden, Norway and Mexico.

Yorkshire-born James Newman has worked with many famous artists over the years, including Ed Sheeran who recorded the vocals for Lay It All On Me, a certified platinum single in the UK and US. The singer-songwriter has also been nominated for a Grammy twice, co-writing Coping from Toni Braxton’s album Sex & Cigarettes, and Let ‘Em Talk from Ke$ha’s album Rainbow.

At the beginning of 2020, James recorded his previous Eurovision entry My Last Breath in Scotland while he was staying on a loch with fellow songwriters Ed Drewett, Iain James and Adam Argyle. James released his debut EP The Things We Do in Summer 2020 and ended the year with another new collaboration with Armin Van Buuren, Slow Lane.

The Eurovision Song Contest 2021 takes place in Rotterdam. The Dutch city was due to host the contest in 2020 before the event was cancelled due to the ongoing COVID-19 pandemic. The Grand Final takes place on 22nd May 2021.

The venue for the 2021 contest will, like in 2020, be Ahoy in Rotterdam. The venue has hosted several big events, including the Junior Eurovision Song Contest in 2007.

The theme for the 65th Eurovision Song Contest will remain the same – Open Up. The slogan ‘Open Up’ was intentionally incomplete when it was chosen for Eurovision 2020. “Feel the freedom to complete the slogan in your own way. We found it was important to choose a theme that reflects the spirit of our times. With the slogan we warmly invite people to open up to others, to different opinions, each other’s stories and of course to each other’s music,” said the organisers in 2019.

In December 2020, the logo of Eurovision 2021 was revealed. The new design is inspired by the world map with Rotterdam as the beating heart of Europe in May 2021. “The logo connects Rotterdam with the capitals of the participating countries and symbolises coming together, regardless of the form,” says Sietse Bakker, the Executive Producer of the event.

They “extended the style from last year to 2021” and retained the “simple, intelligent, minimalist and experimental” elements but then added a “festive touch, to celebrate the return of the Eurovision Song Contest.”

Chantal Janzen, Jan Smit, Edsilia Rombley and Nikkie de Jager (NikkieTutorials) will return as presenters in 2021. They were set to host Eurovision 2020, and presented Eurovision: Europe Shine A Light in May.

Check out all of this year’s 39 entries on the official Eurovision YouTube channel and visit the website here for all the latest news running up to the final.