Are you a skinny fat person?

Yes, there is such a thing as being “skinny fat”, and it is more common than you might think 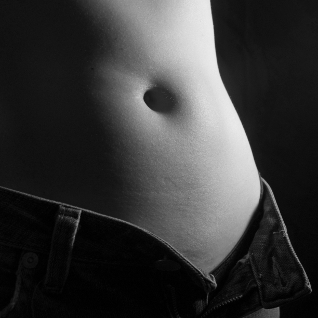 The medical term for this is ‘Metabolicallly obese – normal weight’. This means, that despite fitting into skinny jeans, you don’t have enough muscle and you have too much fat proportionally, especially around the middle.

If you are a skinny fat person, it is likely that a lot of the fat is deposited around your organs, known as visceral fat, instead of on the surface where it’s called subcutaneous fat. While it might seem better to have it tucked away where you can’t see it, visceral fat is actually very bad for your health.

Visceral fat cells also release excess amounts of free fatty acids (FFAs). FFAs are an important regulator of carbohydrate metabolism, and elevated levels are associated with insulin resistance, which is a precursor to developing Type 2 Diabetes.

A recent study published in The Journal of the American Medical Association actually showed that nearly one in four skinny people were pre-diabetic. And, if you are a skinny person diagnosed with diabetes, you actually have twice the risk of death, than someone overweight at diagnosis. Scary stuff!

So how do you know if you are a skinny fat person, or a skinny skinny person?

If you have a family history or diabetes or heart disease, or if you have skinny arms and legs, but a little pot belly, or if you are of Asian or Indian descent, then you are a likely candidate.

There are specific tests your doctor can do, that measure blood sugar and insulin, both fasting and one and two hours after a glucose drink, to see if you have signs of insulin resistance.

Body Impedance Analysis can also tell you if you have fat deposited around your organs, as well as whether you have a healthy proportion of fat vs muscle for your body.

And finally, what can you do about it? That’s actually pretty simple:

Avoid liquid sugar! Dilute fruit juices, or replace them with fresh veggie juice, limit alcohol, and keep it with meals, and kick that soda habit. And yes, that includes the diet and zero calorie kind.

Eat your veggies. You just can’t be healthy without them!

For further information and advice Robyn can be contacted at Flourish Health, 48 Wimpole Street, London, W1G 8SF on 020 7 224 2247 or online at http://www.flourish-health.co.uk