Are There Murder Hornets in Your Garden? 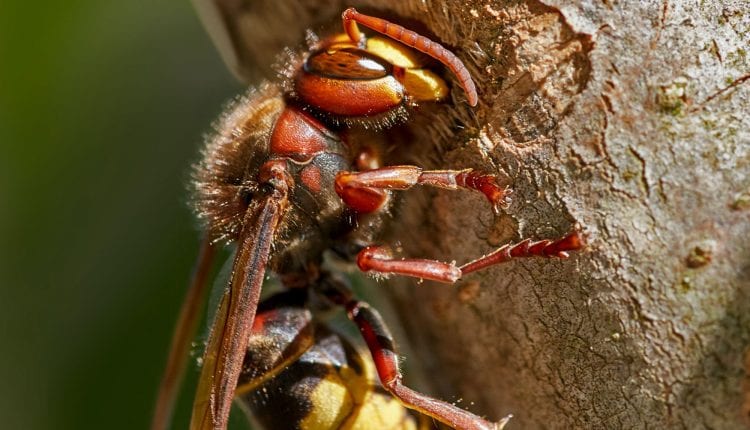 The public is being urged to help stop a UK invasion of ‘Murder Hornets’ with the launch of an interactive map.

Whatshed.co.uk, a UK review site for sheds, garden buildings and gardening, has created an interactive map of the locations where there have been sightings of Giant Asian Hornets, also known as Murder Hornets. The sting of these insects can be fatal, therefore the site is asking the public to submit potential sightings of the hornets and their nests.

The map has been launched to help scientists record the spread of Giant Asian Hornets, commonly referred to as Murder Hornets.

To see where sightings have been recorded, plus further information about the hornets or to record your own sighting, visit: https://whatshed.co.uk/giant-asian-hornet-uk-map/

Since its spread to France in 2004 when it was accidentally introduced from China, the Asian hornet has been spreading rapidly, advancing across France at an approximate rate of 60-80 km per year, and also invading other European countries: Spain in 2010, Portugal and Belgium in 2011, Italy in 2012, Germany in 2014 and allegedly the UK in 2016. In a recent paper, published in the open-access journal Evolutionary Systematics, Dr. Martin Hussemann from CeNaK, University of Hamburg has recorded the northernmost capture of the Asian hornet in Hamburg in September 2019.

See also: What Are The Pros and Cons of Self-Build Homes?

Do You Have Toxic Giant Hogweed In Your Garden?

It’s alleged that the Giant Asian Hornet was first spotted in the UK in Gloucestershire in 2016, but there is debate over whether this was the yellow-legged hornet, a smaller relative of the Giant Hornet. The Department of Environment, Food & Rural Affairs (DEFRA) has confirmed a total of 17 sightings of this smaller hornet in England, with the most recent sighting recorded in Dorset in October 2019.

See also: Do You Have Toxic Giant Hogweed In Your Garden?

Asian giant hornets are among the world’s largest species of wasps. Queens of this species reach over five centimetres long and the slightly smaller workers are about four centimetres long. Giant hornets have an orange head and a dark thorax, and their abdomens are banded yellow, black and brown.

The hornets are seen in areas in Asia from India to Japan. Their range also stretches from some southerly parts of the Russian Far East down into southeast Asia.

But in October, a nest of 200+ hornets was discovered and destroyed by scientists in Washington, USA, and now there are fears it might spread throughout Europe. How the hornets first entered North America isn’t certain, although it’s thought they may have been accidentaly transported across the Pacific Ocean in shipping containers.

See also: How to Build a Home That Saves Energy, Money and the World

Vespa Velutina Nigrithoras, or Giant Hornets, can be up to two inches long, with a potentially fatal sting that can cause anaphylactic shock in humans. The venom may not always lead to death, but can cause pain, swelling and kidney failure. However, humans aren’t the only species Giant Hornets are known to target – it also attacks colonies of honey bees and wasps, making its existence extremely detrimental to both the agriculture industry and the already dwindling population of bees worldwide.

See also: What Are The Pros and Cons of Short-term Letting?

“Although we advocate for the kind treatment of all animals, the spread of Giant Hornets is not something that should be taken lightly. As well as the very real danger they pose to humans, swarms of so-called Murder Hornets can decimate a colony of honeybees in a matter of minutes, putting our crops and farms at risk if they are able to invade the UK successfully.

“Uploading sightings to this map will ensure that the necessary authorities can be contacted to confirm the sighting and handle the case properly, whilst also enabling scientists to carry out important research into the movements of this species. We’re asking people around the UK to keep an eye out for these dangerous creatures throughout the year.

See also: Where Are the Property Hotspots for 2020?

Asian giant hornets are the largest social wasps in the world, and their spread has caused worldwide concern. In late 2019, two sightings of Asian giant hornets were reported in North America – in British Columbia in September, and Washington State in December.

Asian giant hornets are a social species that lives in colonies, typically nesting underground in abandoned burrows or cavities around tree roots. They rarely nest more than two metres above ground.

Like other social wasps, hornets build a new nest each year, started by a queen after they emerge from their winter dormancy. The queen raises a brood of female workers and as the colony grows, these wasps take over foraging and nest duties. New queens and males are produced and mate before winter arrives, when the males and the current year’s colony die out, and the new queens find a sheltered spot for winter in.

The venom of the Asian giant hornet is actually less toxic than that of some other wasps, but the quantity is greater and the stinger is long enough to puncture the protective clothing commonly worn by beekeepers. Crucially, though they don’t go out of their way to attack humans, the hornets will also attack as a group, particularly to defend the nest, so an attack can be particularly dangerous to young children or those with venom allergies.

Even more at risk are honeybees, which the hornets kill in huge numbers, chewing off the head, abdomen and legs and carrying off the protein-rich thorax. They will also invade honeybee nests and kill as many as they can so they can predate the pupae and larvae.

In their native area, Japanese honeybees (Apis cerana japonica) have learned to defend themselves against hornets by gathering around the hornet and suffocating it. Unfortunately the European honeybee Apis mellifera hasn’t developed that tactic, and its stings are ineffective against hornets.

A number of other wasp species may be mistaken for the Giant Asian Hornet, but these species such as the bald-faced hornet (Dolichovespula maculata) pigeon tremex horntail (Tremex columba) and Eastern cicada killer wasp are solitary wasps, harmless to humans and not found in Europe.

But if you do sight something you suspect to be Giant Asian Hornet, you should report it to the GB Non-Native Species Secretariat at http://www.nonnativespecies.org/.

Started as a solution for a frustrated landscape gardener struggling to find the best buy; WhatShed.co.uk is the largest independent buyers guide for garden buildings, tools and resources in the UK. With sheds of all different shapes, sizes and materials, WhatShed.co.uk also has the largest selection of garden sheds in the UK.

Dr Ranj Singh Speaks Out on Microbial Resistance to Antibiotics